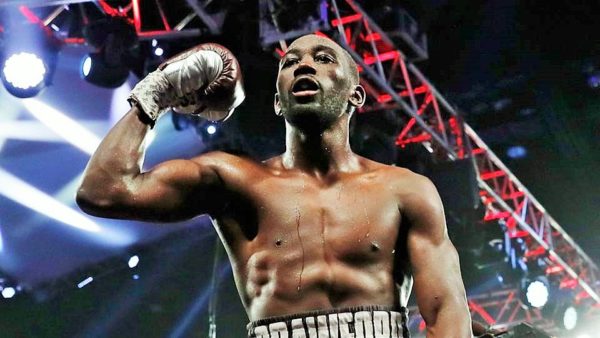 When a fighter who many consider to be, pound-for-pound, the best in the world defends his title at Madison Square Garden, it should be a big deal. But Terence Crawford remains an enigmatic champion without a championship profile, indeed, the most unstarry of boxing superstars. His WBO welterweight belt will be on the line against mandatory challenger Egidjius Kavaliauskas this Saturday at the place still referred to as the ‘Mecca of boxing,’ and yet few seem to care. Indeed, the undercard match-up of lightweight belt holder Richard Commey and prospect Teofimo Lopez has provoked more excitement than the main event.

It shouldn’t be like this. Welterweight is unquestionably the most talent-heavy division in boxing right now and Bud Crawford its most sublime representative. The past year has seen thrilling fights at 147 pounds, including Manny Pacquiao’s victory over Keith Thurman in July and the hotly-contested war between Errol Spence Jr. and Shawn Porter in September. Meanwhile Crawford is the odd man out. He has fought once in 2019, a wholly unsatisfying encounter against an over-the-hill Amir Khan which ended when the British fighter exited proceedings clutching his nether regions, face fixed somewhere between agony and embarrassment.

That bout was at Madison Square Garden too, but Bud left the historic venue no more a crossover star than he had entered it. His pound-for-pound rivals, conversely, have enjoyed a successful 2019. Vasyl Lomachenko pulled off two impressive wins over Anthony Crolla and Luke Campbell, all the while gaining internet popularity off the back of his unorthodox training regimen. Canelo Alvarez soundly beat Daniel Jacobs, then moved up to light heavyweight to spectacularly knock out Sergey Kovalev, solidifying his claim as the most accomplished boxer in the world.

Where is Crawford in all of this? He has been calling out for unification fights against Spence, who holds the WBC and IBF titles, and WBA champion Pacquiao, but increasingly resembles a man out of place, fruitlessly shaking his fist at the wind. He’s the uninvited guest at the welterweight banquet, dismissed as unworthy of attention. The problem is his marketability, and Spence’s trainer Derek James has publicly said that a match between the two is unlikely to happen, as Crawford “doesn’t sell.” It’s true that Bud is a low-key personality compared to some of his more bombastic peers, and hardly the second coming of Floyd Mayweather when it comes to self-promotion, but even so, he deserves better than this.

Self-promotion might be an issue, but that remains secondary to promotional factionalism as to why the WBO titlist is not getting the opportunities he desires and that boxing fans want to see. Crawford is aligned with Bob Arum’s Top Rank, itself partnered with ESPN, whereas his fellow welterweight titlists are with Al Haymon’s PBC, which has promotional ties with Showtime and Fox. The PBC stable includes Spence and Pacquiao, as well as Porter, Thurman, Danny Garcia and Yordenis Ugas. Even potential opponents from one tier down, such as Sergey Lipinets and Jamal James, have chosen to have their careers overseen by the increasingly omnipotent Haymon.

Arranging a fight with any of these names would require significant wrangling with television companies on Crawford and Top Rank’s part. To make matters worse, the famously cantankerous Arum has been vocal in his calls to boycott PBC fighters, a brainless piece of brinksmanship that can only serve to screw over one of his most gifted charges.

Make no mistake about it: Bud is gifted. With a flawless 35-0 record, the Omaha native was previously the undisputed champion at light welterweight, and before that, the lineal champion at lightweight. Equally confident fighting out of the orthodox or southpaw stances, Crawford might just be the most versatile boxer in the sport today. Not just an excellent ring technician, his punches carry a genuine nastiness, and he has the dead-eyed ruthlessness required of any great champion, regardless of how pleasant they may be away from the ring.

But all that said, Bud lacks a truly signature win. He may have beaten Yuriorkis Gamboa and Ricky Burns at lightweight, Viktor Postol and Julius Indongo at light welterweight, and Jeff Horn, José Benavidez and the aforementioned Khan in his present division, but he needs to face one of the other belt holders at 147 to establish any kind of meaningful legacy and justify the comparison to Sugar Ray Leonard frequently invoked by Arum.

Where Leonard faced off against the best competition of his day, Crawford has been denied his own “Four Kings” round robin, not least by Pacquiao, who Arum has claimed wants no part of the fearsome Nebraskan. The best possible match would have been against Errol Spence, but the Texas-based southpaw’s involvement in a serious car accident in October has put the bout on ice, if it ever was a serious proposition. Spence was lucky to escape with his life, let alone with the possibility of resuming his career, and he is out of the title picture for the foreseeable future.

Thurman remains a name, and Porter’s stock rose after his spirited showing against Spence in September, but the dearth of clear-cut opportunities for Crawford becomes clearer when one sees that opponents from lower divisions are being considered for 2020. IBF and WBA light welterweight champion Josh Taylor has called out Bud, but will want to become undisputed against Jose Ramirez before wading into welterweight waters. That particular match becomes an even more remote possibility for the near future when one remembers that Ramirez is facing Postol in February.

Crawford expressed interest in facing off against Floyd Mayweather, after the latter hinted at another comeback to the sport. Fantasy fight though it might be, it won’t happen. Floyd hasn’t faced a professional boxer since 2015, and if he does return to the ring in 2020, you can bet against him sharing it with a three-division champion in his prime. The criteria befitting a prospective Mayweather opponent – undersized, baby-faced, and lacking any professional boxing experience – excludes Bud entirely.

Wait a minute. There’s someone we’ve forgotten about. Egidijus Kavaliasuskas, the guy Crawford is nailed on to actually face this weekend, is no slouch. Undefeated in 22 bouts and a two-time Olympian, his most notable win is a sixth round stoppage of David Avanesyan early last year. However, his most recent fight saw him labour to a draw against the promisingly named but ultimately limited Ray Robinson, hardly the form to earn a title shot. “Mean Machine,” as the Lithuanian is helpfully known, has fought under half as many professional rounds as the champion, and overall, has not faced anything close to Crawford’s level of competition.

Could Kavaliauskas wrest the WBO strap from Bud’s waist and render all this chatter obsolete? Maybe. Will he? Probably not. Chances are, by the end of this weekend, Crawford will have moved to 36-0, having overcome his mandatory obstacle, but in doing so will see no progression in name recognition and little in the way of fanfare. Amongst all the broadcasting and promotional dick-waving, the empty Twitter call-outs and post-fight promises, the real star is obscured. Then the question returns, as it does after each clinical knockout we see from Terence Crawford, arguably the best fighter in all of boxing: where does Bud go from here?            — Rob Lownie 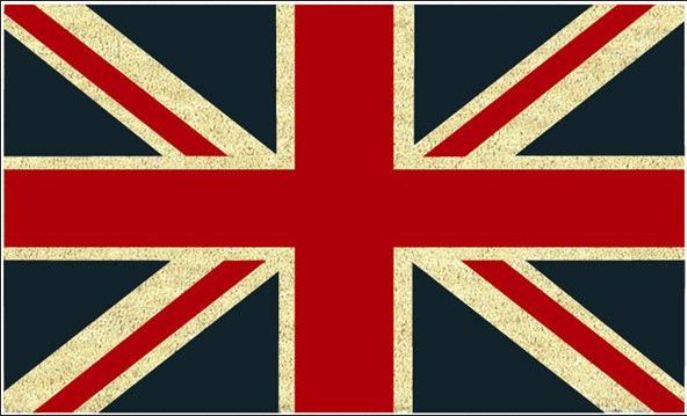 Not The Usual Suspects 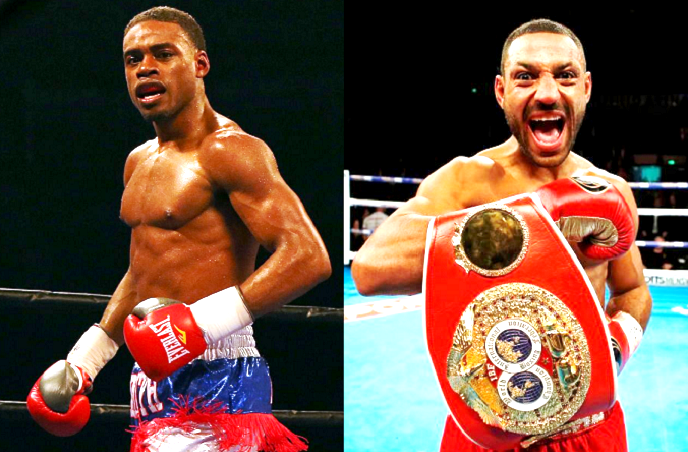 One thought on “The Crawford Question”