Recent weeks have seen boxing fans spoiled by a deluge of terrific contests between big-name fighters. From the back-and-forth battle between Errol Spence Jr. and Shawn Porter, to the controversy of Gennadiy Golovkin’s razor-close slugfest win over Sergiy Derevyanchenko, we have certainly not been let down by the last month’s action. However, while both of those matches have clearly entered the Fight Of The Year discussion for 2019, we cannot crown a winner just yet. And while not wanting to tempt fate, the fact is 2019’s most fascinating duel may well take place this Friday night. Beterbiev vs Gvozdyk is, without question, one of the year’s best match-ups.

For the uninitiated, WBC and lineal light heavyweight champion Oleksandr Gvozdyk will be facing IBF belt-holder Artur Beterbiev in an absolutely mouth-watering unification bout at Philadelphia’s Liacouras Center. Both are undefeated as professionals and both have rich amateur pedigrees. In a combined total of 31 pro fights, they have scored 28 knockouts, and Beterbiev remains the only current world champion, in any weight class, with a 100% KO rate.

All the ingredients for an absolute blockbuster are present, yet there has been little mainstream attention on the meeting of these two talented light heavyweights. Sure, the pundits are predicting great things and hardcore fight fans have been counting down the days, but neither Gvozdyk or Beterbiev are anything close to household names. Should the fight live up to expectations, though, this could change.

One thing the Spence vs Porter and Golovkin vs Derevyanchenko bouts had in common is that both of the defeated boxers left with their reputations enhanced following thrillingly spirited efforts against betting favourites. Though Beterbiev vs Gvozdyk is a high-stakes match-up, with a good performance the loser can market themselves more around North America and move into position for further big fights. And the winner? Well, on Saturday morning that man will hold two world titles at 175 pounds and can convincingly proclaim himself to be the top dog in an absolutely stacked division.

Gvozdyk, known as “The Nail,” captured the WBC strap, as well as the highly-valued status of lineal champ, from Adonis Stevenson last December, ending the Canadian’s five-year title reign. The impressive nature of the Ukrainian’s victory was unfortunately overshadowed, first by the huge Wilder vs Fury heavyweight showdown taking place in Los Angeles the same evening, and then, more seriously, by the injuries Stevenson sustained following the bout in Quebec. After Gvozdyk knocked out the champion in the eleventh round, Stevenson fell into a coma, remaining unresponsive for several weeks. Thankfully, though his career is over, Adonis appears on track to make a full recovery.

Gvozdyk isn’t just raw power, though. A 2012 Olympic medalist and former teammate of Vasyl Lomachenko and Oleksandr Usyk, he has quick hands and good footwork. Gvozdyk’s command of angles is excellent, and Beterbiev should be particularly careful of his opponent’s straight rights, which explode in a perfect fusion of power, placement and speed. “The Nail” will be making the second defence of his title on Friday, having beaten Doudou Ngumbu in March when the Frenchman retired through injury.

Gvozdyk may be the division’s most complete boxer, given the marginal decline of Sergey Kovalev, but in Beterbiev he will be meeting its hardest puncher. In a battle between force and finesse, the Russian only needs to land the right shot once to get the stoppage. Gvozdyk was hit cleanly more times against Stevenson than he or trainer Teddy Atlas would have wanted, and any defensive lapses could be brutally exposed by Beterbiev, who, for any comparative lack of slickness, can rely on short-range thudding blows to wear his opponents down.

A two-time Olympian himself, Beterbiev beat Michael Hunter and gave Usyk a tricky assignment at the 2012 Games. In an intriguing subplot to the upcoming fight in Philadelphia, he also stopped Gvozdyk ten years ago in an amateur competition. The two boxers, one Ukrainian and one Chechen, are not exactly bosom friends, and the prospect of seeing two hard-hitting champions, with a shared animosity for one another, engage in unholy communion is eagerly anticipated by close followers of the sport. Like Gvozdyk, the Montreal-based Beterbiev is certainly hittable, evidenced by the second round knockdown he suffered against Briton Callum Johnson last year, and it’s very possible that this showdown won’t go the distance.

Gvozdyk is a slight favourite, and holds advantages in height and reach. And at 32, he is two years younger than the IBF champion, and one feels both want to become undisputed sooner rather than later. Beterbiev’s concussive power in some ways could end up counting against him, as he has only twice gone beyond five rounds, and may be ill-prepared for somebody of Gvozdyk’s output and tireless combinations. More than that, as a result of protracted (and some might say, self-inflicted) legal issues, he has only fought twice in the last two years. Gvozdyk has contested over three times as many rounds in that time frame, and will look to exploit the Russian’s largely untested engine.

Whoever wins, it cannot be denied that these are exciting times for the light heavyweight division, one of the most competitive weight classes in the game. Friday’s victor could face undefeated WBA titleholder Dmitry Bivol, who registered a dominant decision victory over Lenin Castillo on the Usyk-Witherspoon undercard this past weekend. Then there is the match-up that has garnered far more attention than Gvozdyk-Beterbiev, when next month Canelo Alvarez will jump up two divisions to face Sergey Kovalev.

But we’re just getting started. Don’t overlook other top contenders, like Eleider Alvarez, Gilberto Ramirez, Jesse Hart, and the irrepressible Jean Pascal, fresh off an upset victory over Marcus Browne. For all the mouth-watering potential fights that can be made, this week Philadelphia will be hosting arguably the two baddest men at 175 pounds, competing in what should be one of the year’s most explosive contests. For the winner and the division as a whole, this just might be lift-off.            — Rob Lownie 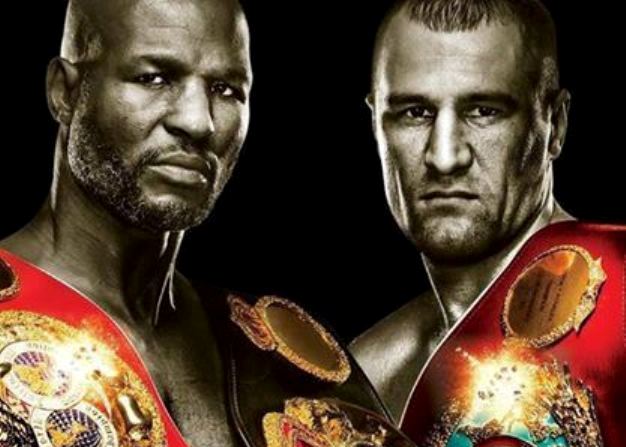 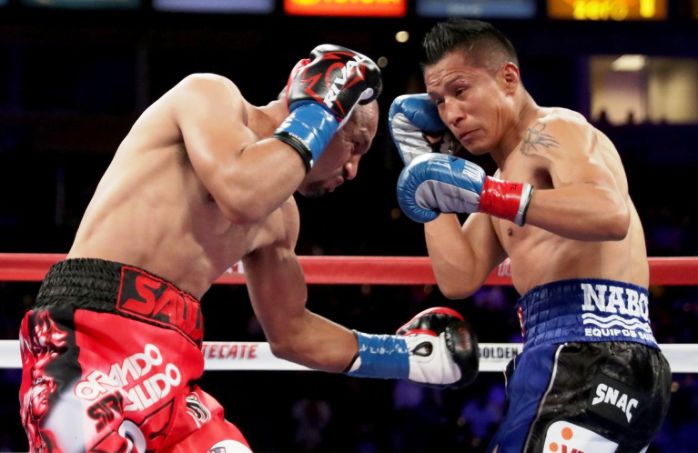