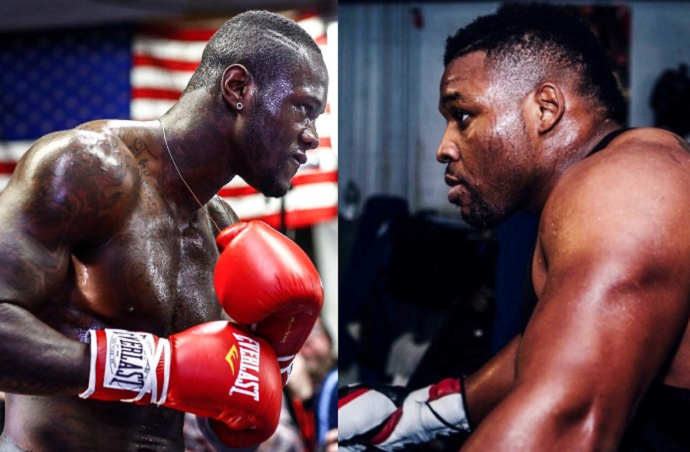 Try as I might, I just can’t keep a straight face when I read “world heavyweight champion Deontay Wilder.” Believe me, it’s been tough to give him the benefit of the doubt but somehow, someway, Wilder has managed to keep his title longer than I ever thought he would. Even so, I cannot in good conscience call him a legit champion.

Wilder’s path to the heavyweight title was perhaps the weakest, most carefully manufactured road to gold since the days of mob-backed Primo Carnera in the 1930s, but even “The Ambling Alp” had to eventually face the music and fight the best the division had to offer. The Bronze Bomber has not only avoided facing a top 20 opponent prior to winning his title against Bermane Stiverne two years ago, for the most part he’s found a way to avoid them even as a belt-holder.

The bravado and novelty of Wilder becoming the first American heavyweight champion in over a decade has worn off and, as he closes in on nearly 40 wins and five title defenses, Wilder has nothing of merit to his name besides being Al Haymon’s successful lab experiment. Maybe that’s good for lining his pockets and puffing up his ego, but it sucks for everybody who’s grown tired of the “Bomb Squad” shtick as Wilder continues to mercilessly pound opposition barely suitable for a top prospect, let alone someone who has a claim to the heavyweight title.

Anthony Joshua has already surpassed him in both popularity and relevancy in half the number of matches, and it is painfully obvious that Wilder is biding his time to keep his undefeated record intact so he can maximize the returns should that possible bout come to pass. The heavyweight division is in no shortages of legitimate fights for the former Olympian, and trouble has often come looking for him as he’s been called out every which way, but he’s managed to avoid any serious challenges.

Wilder’s biggest wins are over Audley Harrison, Chris Arreola and Eric Molina, which is absolutely unacceptable for a reigning and defending heavyweight champion. And if recent reports are to be believed, then Wilder has just about had enough of the criticism of his record and lack of accomplishments, and is actively looking for an opponent who can legitimize his claim to the heavyweight throne.

Those same reports claimed that Luis Ortiz, the feared Cuban heavyweight, was being considered for Wilder’s fall return, but Ortiz has disputed the notion, saying that Wilder is simply trying to maneuver around a mandatory defense against Bermane Stiverne. “King Kong” insists he has not been officially approached in any capacity.

Dillian Whyte has also been trying to get Wilder’s attention, but Wilder reportedly turned down a career-high payday to face him overseas which led to a profanity-laced rant on his social media platforms, ditto for Tony Bellew. So as Wilder tries to avoid a mandatory defense nobody wants to see, while downplaying big fights in the media, he’s looking for an opponent that is convenient for his circumstances but not too dangerous so his big money showdown with Joshua doesn’t go up in smoke.

That’s where Jarrell Miller comes in. Miller, known as “Big Baby,” made a big splash after battering Gerald Washington in eight rounds on the Mikey Garcia vs Adrien Broner undercard, despite coming in at a flabby 295 pounds. Miller has tremendous punching power and a big mouth, just like Wilder, but he has been active and is oozing charisma, unlike the predictable Wilder. The former kickboxer has a mouth as big as his punching power and is a promoters dream, but for all of his talent, it could very well be squandered away due to Miller’s lack of conditioning.

Indeed, Miller, like Riddick Bowe and Chris Arreola before him, in a skilled fighter with an inherent inability to stay in serious condition, a shortcoming which will likely limit his shelf life as an elite fighter. Thus, the time is now to put Miller and Wilder into the same ring and bill it as a fight to crown America’s real heavyweight champion before their respective weasels pop.

The two have been nothing short of volatile in the past and that animosity would no doubt take center stage during the promotional tours. Wilder and Miller are both big personalities and are not going to give any speck of spotlight to each other while they trade verbal bombs ahead of the fight, and the potential ugliness of their tirades will no doubt be front page news. On top of that, the shock of Wilder taking on a legit threat is going to be enough to make this the biggest heavyweight fight in the U.S. in quite some time.

Wladimir Kiltschko’s retirement has now put Joshua in a position where he’ll have to face Kubrat Pulev, followed by Ortiz, to keep both of his belts. Tony Bellew and David Haye are nowhere close to finalizing terms for their rematch, and nobody really expects much of Joseph Parker. This is the time for Wilder and Miller to put their best foot forward with an intriguing match that has the makings of a thrilling firefight.

Alas, all things considered, I highly doubt this fight will be made anytime soon as Wilder simply cannot get around Stiverne without giving up his WBC belt. Without it, Wilder loses whatever bargaining power he has as an eventual B-side to Joshua and he would have to fight his way back through the division. Thus, it’s more likely Wilder will have to compromise for the network or just take the shorter money to keep his bargaining chip around his waist.

On top of that, even if Miller were to show up in as bad shape as he did for Washington, there’s every indication that he’s going to be a nightmare for Wilder. Miller has a good technical base to go along with his punching power and a solid chin, good enough to take Deontay’s shots in stride and put some serious doubt into “The Bronze Bomber.”

But for the time being, both Wilder and Miller are mum on the idea of facing each other while they explore other options, but make no mistake, Wilder vs Miller is a match the heavyweight division both needs and deserves. This is a big fight that should be put together as soon as possible, not left for the message boards and fantasy fights.                     — Danny Howard 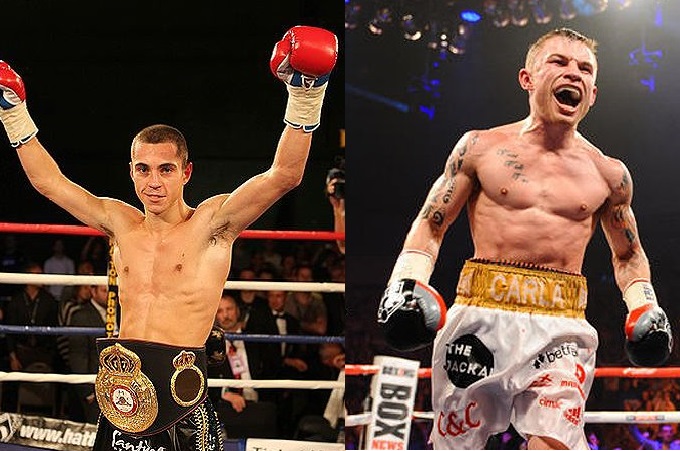 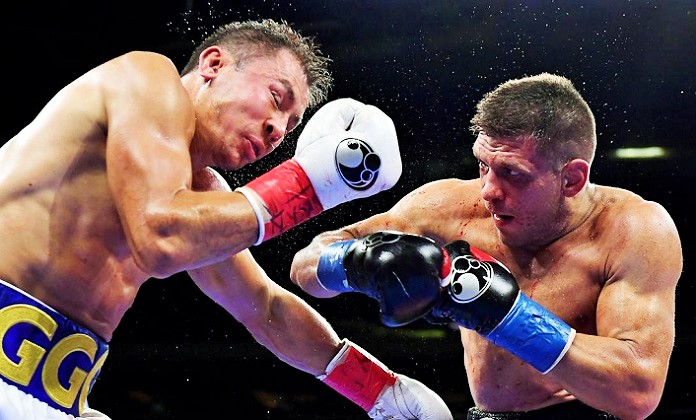 Nothing Left To Prove