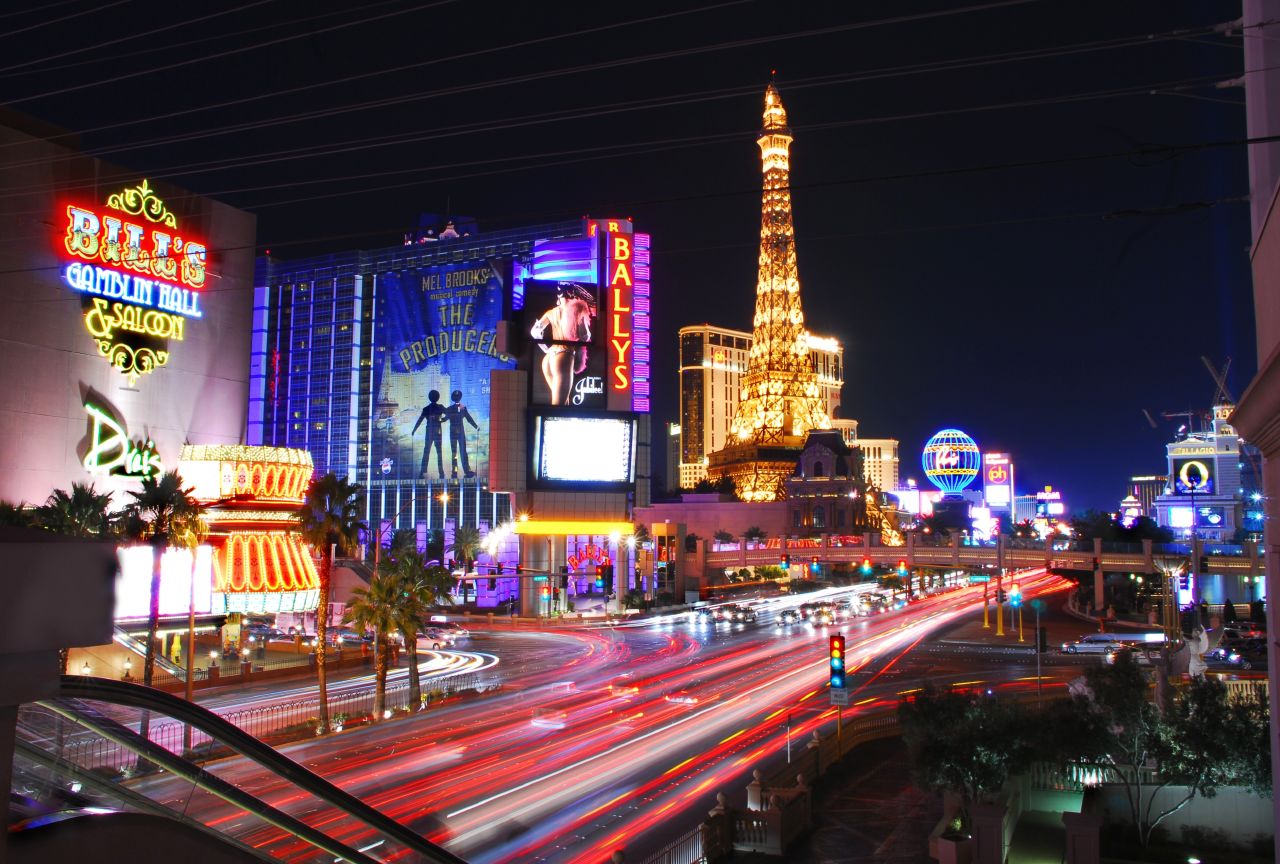 After three hours of chasing the sunset on a Vegas-bound flight, even with Pacquiao-Marquez III on the horizon and about 48 hours away, one can get a bit bored, and thus, pensive. This led me to thinking about the first boxing show I ever attended: Julio Cesar Chavez vs Tony ‘Tiger’ Lopez on December 10, 1994 at the Estadio de Beisbol in Monterrey, Mexico. That night, Chavez, like so many times before, systematically broke down his opponent with vicious body punches, until he got the knockout in round ten. I was 12 years old at the time, and I saw it all, live and in the flesh, and I’ll never forget it.

Speculation follows in my mind about how a fantasy Chavez vs Pacquiao bout at say, 140 pounds, prime vs prime, would transpire. I think about Chavez’s numbing body punching and try to figure out if he would’ve been able to connect often enough on Manny to make those body blows pay off in the latter stages of this imaginary fight. I think about Manny’s handspeed and how Chavez would’ve probably taken at least four punches for every one he landed. J.C.’s chin was one of the best in the business, but so is Pacquiao’s stamina. Fighters who move around a lot were a stylistic nightmare for Julio Cesar; plus, Manny’s a lefty. After about three minutes of internal debate I reach a conclusion: Manny by comfortable unanimous decision or even, dare I say it, a late stoppage.

As a kid I remember being heavily invested, as every single Mexican I knew was, in Chavez’s career. Before his fights, the outcome seemed almost a foregone conclusion: Chavez by knockout. I remember reading on Sunday mornings the headlines confirming the outcome of a Chavez fight, and I remember the front page pictures: fists in the air, face damped with sweat, foe lying on the canvas or sitting on his stool, cornermen wallowing in disappointment. And so it was for a while, and that 100-0 record seemed closer and closer. But then, things changed. First came some close fights, then controversial scorecards and rightful suspicion of referees and judges. There came first a dubious draw, then the first knockdown, and finally, inevitably, the first loss.

I imagine most Filipinos follow Manny’s career the same way I followed Chavez’s. Manny, like Chavez did in his prime, carries his country on his back. He steps into the ring knowing he is an entertainer, but entertainment is all some people have, especially in countries that don’t have it easy. Manny has already provided many a night of glory for his people, and that has raised expectations. This implies that his obligation now is not only to entertain, but to not disappoint. That’s a different kind of pressure.

There’s no doubt in my mind Manny will live up to his end of the bargain. But, as they say, it takes two to tango. Manny’s first order of business is not to disappoint. His dancing partner, Juan Manuel Marquez, is not thinking about entertaining; he’s thinking about revenge. Will that be enough to guarantee us some fireworks? The fighters have their agendas, but the fans have theirs. We want violence, we want blood, we want drama. We want entertainment.

And in this way, Las Vegas is an appropriate venue for Pacquiao vs Marquez III. Even on the way here, on that plane, entertainment is priority number one: in-flight diversions include movies and multiple music channels, official airline magazines, on-board wi-fi; the pilot takes the microphone: ‘The Rockies to your left, ladies and gents’; a passenger organizes an in-promptu lotto, collects bills with Lincoln’s face on them, writes down tickets, picks one from a hat. We’re not even in Nevada yet and already we’re gambling, already we have a winner.

In Las Vegas everything is large. Hotel rooms counted by the thousands; buffet spreads with dozens of different dishes; Cirques-du-Soleil with hundreds of performers; fireworks every night; more water in one of those colossal fountains than a small town needs for a year. Sixteen-ounce steaks, 48-ounce margarita yards; hundreds of gambling tables per casino and thousands upon thousands of slot machines turning over millions upon millions of dollars per year. Day after day, night after night.

Weigh-in is about 13 hours away, and it is an important part of the entertainment. The throng of fans will line up early, will be waving flags and there will be the usual taunting between antagonizing supporters. Then, the stars of the show will climb to the stage, step on the scales, and we’ll get the staredown, and that will be the final, culminating stage of the foreplay. After that there will be nothing left to do but get down to business. 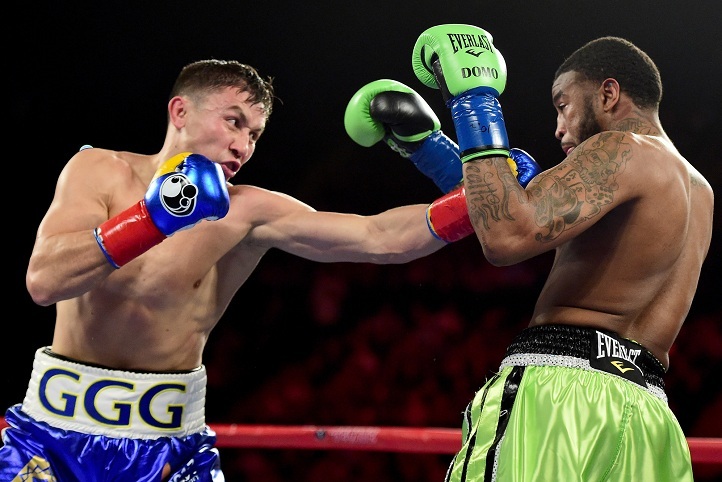 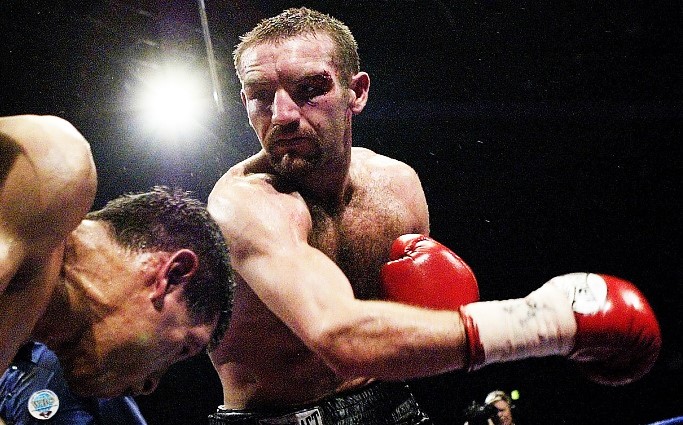 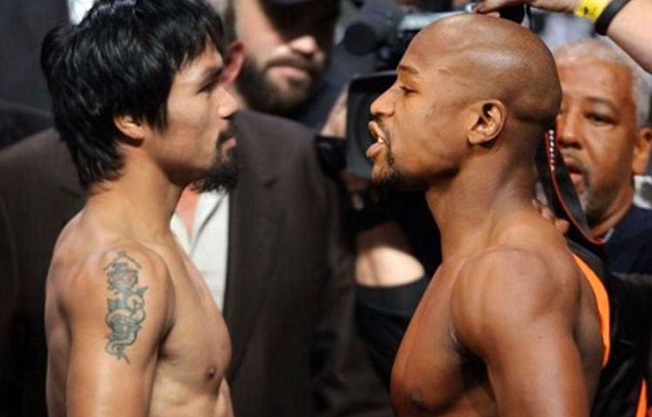 Who Did It Better? Part 1