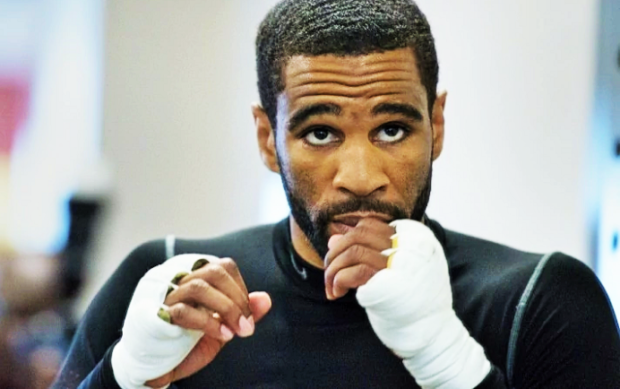 Don’t Count Him Out

This Saturday night, Lamont Peterson of Washington, D.C. will be in Brooklyn, New York to face Errol Spence Jr. for the IBF world welterweight title. While the welterweight division is one of the most talent-laden in boxing, these days Peterson is not often included in discussions about who may eventually emerge as the king of the 147 pound mountain. And in truth, few give Lamont a strong chance to upset the younger Spence. But I, for one, refuse to count him out.

Often overlooked by the casual boxing fan, Peterson is a man of grit and resilience, a fighter whose backstory is truly inspiring. That said, there are legitimate reasons for why he seems to have faded into the background. For starters, he has been inactive, with only one fight in almost two full years. There is also the controversy from his positive test for steroids back in 2011, which disappointed many fans. And then there is his stoic nature, a personality that doesn’t draw to itself attention and time under the spotlight. But all that aside, no one should underestimate Lamont Peterson’s toughness and tenacity. 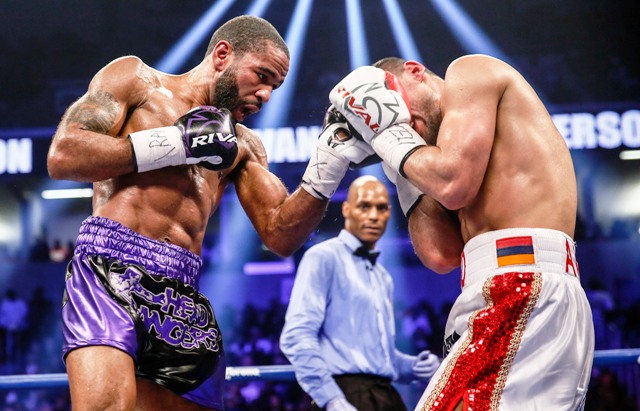 Peterson’s climb up from the streets to winning two world championships had nothing to do with luck and everything to do with determination and courage. He came from the south-east of Washington D.C., the former “murder capital of the world,” and at the age of only ten was living on the streets with his younger brother, Anthony. To say life was a struggle for the two is a serious understatement; Lamont has recounted breaking into cars just to find somewhere to sleep on cold nights. The story of Peterson’s rough childhood is familiar with Washington D.C. boxing fans and it only fuels the admiration they have for their hometown fighter.

Barely surviving on the streets with a younger sibling in tow, Peterson could easily have taken a wrong turn and moved towards crime and the street gangs, but he never did. Even so, many dismissed Lamont as just a young vagabond with no future, but Barry Hunter recognized something special in him. Hunter and his wife took in Lamont and Anthony and raised them as their very own, and this led Lamont to begin his illustrious boxing career, winning multiple amateur championships before turning pro in 2004. As they say, the rest is history.

The work ethic he and Anthony exhibit is second to none, forged as it was by the pitiless streets of “The District” and the code of discipline imposed by their surrogate father and coach, Barry Hunter. The two brothers can be frequently spotted in Headbangers Boxing Gym, honing their skills and conditioning their bodies for their demanding profession. Days in the gym can become monotonous for any fighter but this does not deter Peterson, who is known for his eccentric workout routines. Lamont’s relationship with boxing is simple: it is not just a means of income, it is a marriage. He has been dedicated for 13 years and it’s been, at times, a rocky journey, but he still loves the sport.

Peterson and Errol Spence Jr. hold each other in high regard with Spence even speaking fondly of Lamont at a recent press conference. But both know they must set aside feelings of personal respect and friendship in order to conduct business within the squared circle on Saturday night.

“Lamont can push me to even greater levels,” Spence recently told reporters. “I feel like he is a better fighter than Kell Brook and has even more heart than Kell Brook, and he can bring out the best in me.” 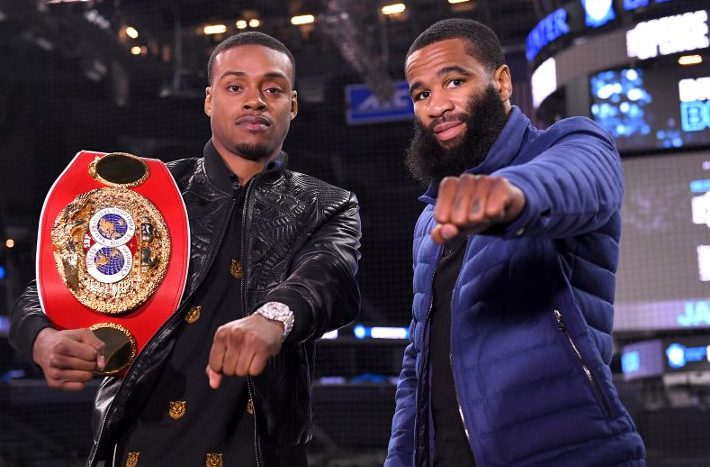 Spence and Peterson have great admiration for one another.

And while Peterson is a definite underdog, some have chosen him to upset the rising superstar who happens to be Lamont’s former sparring partner. Devon Alexander believes Peterson is much stronger and more lethal than any of Errol Spence’s past opposition. He also does not believe ring rust will effect the former champion, since Lamont is consistently working in the gym.

There’s also the fact that Peterson has faced a significant number of truly formidable fighters; the same just can’t be said for Spence. Peterson has been a veteran for 13 years now and is not known to duck opposition, unlike many current champions. His record speaks for itself as he has faced tough Timothy Bradley and the powerful Lucas Matthysse, as well as Amir Khan, Victor Ortiz, and Danny Garcia. 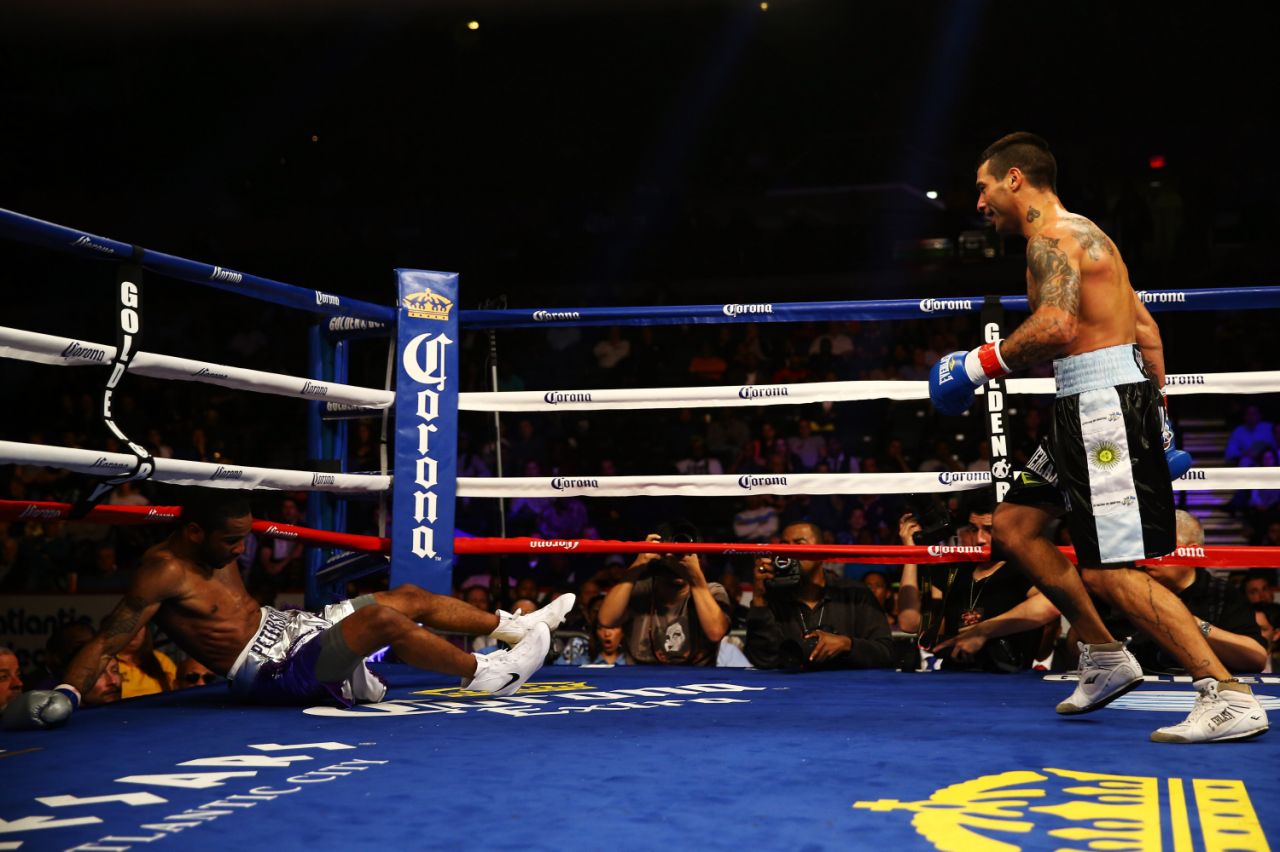 Matthysse is really the only fighter who decisively defeated Peterson. Lamont was floored in the second round by the Argentinian’s lethal power shots, then twice more in the third round. The second knockdown came from both men throwing left hooks simultaneously with Matthysse’s being the more compact shot and landing a split second sooner. Lamont showed his courage as once again he climbed off the canvas and convinced the referee he could continue. However a third knockdown prompted the referee to wave off the fight two minutes into round three.

Peterson fought bravely against Timothy Bradley before fatigue set in, and he rallied in the late going against Amir Khan to earn a close decision. He is not the flashiest fighter or the most devastating puncher but we might say Lamont is a kind of working man’s hero. Unassuming and understated, he has never taken the easy path but continues to grind hard in the gym and take nothing for granted. 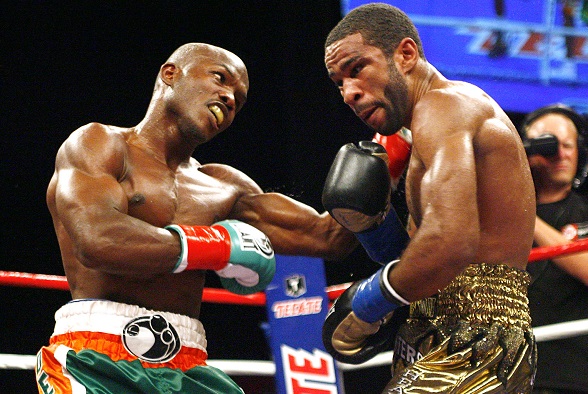 Bradley and Peterson mix it up.

The setbacks have been learned from, while the childhood Peterson experienced motivates the veteran to push himself to the limit. The former champion has learned the value of humility and perseverance. Nothing keeps him down for long and opponents should not mistake his quiet demeanor for passivity, but rather see it as focused concentration to the task at hand. Peterson is battle-tested, proven and experienced, and both fight fans and Errol Spence would be wise not to underestimate him.

In one corner we have a young champion yearning for supremacy. In the other we have Peterson, a crafty veteran, looking for a challenge to legitimize his status among the welterweights. Peterson lives for these opportunities and, come fight night, he will be well prepared for whatever Spence throws at him. Something tells me he just might give boxing one hell of a surprise come Saturday night. Bottom line: don’t count him out.