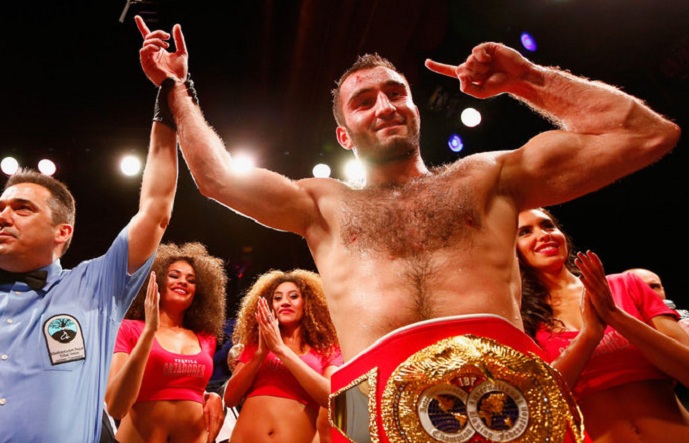 Once again we offer a run-down of the weekend’s boxing action with help from our good friends at FightFan.com. First up, a quick synopsis of some of Friday night’s action.

In Sydney, New South Wales, Australia, undefeated lightweight prospect George “Ferocious” Kambosos Jr. (11-0) turned in, according to our own Daniel Attias, an “amazing performance” as he defeated rival Brandon Ogilvie (17-2-1) by decision to win the WBA Oceania title. Young George appears to have a very bright future ahead of him.

Meanwhile, K.O. Boxing Promotions’ “KO 77” Gala went down at the Shaw Conference Centre in Edmonton on Friday and gave Alberta fight fans some great performances. Undefeated light heavyweight Ryan ‘The Real Deal’ Ford (9-0) got some rounds in when Mexico’s Mario Baeza (6-3) showed up with nothing but his running shoes. Ford pounded out a unanimous decision win after stalking and punishing his retreating foe for six one-sided rounds. Ford did great work to the body and cut the ring off well but Baeza was more interested in backing off than giving himself a chance to win. It culminated in the fifth round when the visitor was deducted a point for holding and Ford’s young son could be heard from his corner during a lull in the action yelling, “Daddy! This guy doesn’t want to fight you!” Ford punished Baeza in the final round to put an exclamation point on the win.

In the night’s main event, rising Red Deer, Alberta lightweight Cam O’Connell (14-0-1) looked poised and steady as he boxed his way to a unanimous decision win over Mexico’s Juan Bedolla Orozco (14-5-2). O’Connell started out with a stern jab and took the opening round but Orozco showed he was there to fight when he rallied back in the second. O’Connell took control in the middle rounds with his blistering body attack. The Mexican visitor hung in and had his moments as he pressed forward and some great action had the local crowd on their feet down the stretch. But the Alberta native’s defense was on point and he stuck with his body attack and that was the difference in the fight. After eight rounds, two cards had it 79-73 while the third judge saw it 78-74, all for O’Connell who called out Tony Luis and Steven Wilcox in his post-fight interview.

Also on Friday, in Las Vegas at Sam’s Town Hotel & Gambling Hall, Mayweather Promotions returned with their “Sin City Showdown” card. In the main event, Ashley ‘Treasure’ Theophane (40-7-1) earned his 40th victory by way of unanimous decision over Yakubu Amidu (21-8-2). Scores were 96-94, 97-93 and 100-90. On the undercard, Latondria Jones improved her perfect record to 5-0 as she earned a unanimous decision victory over Selena Arellano, and Andres Cortes is now 4-0 after defeating Miguel Espinoza, also by unanimous decision.

Moving to Saturday, in a big cruiserweight title bout in Moscow, top-rated challenger Murat Gassiev (24-0) lifted the IBF cruiserweight crown from defending champion Denis Lebedev (29-3), scoring a closely-contested split decision victory. It was a give and take battle with both men landing and winning their share of exchanges. More than a few observers thought Lebedev deserved better, while others thought Gassiev earned it by being busier down the stretch. Scores were 116-111 and 116-112 for the challenger with the third card 114-113 for Lebedev. Gassiev scored a fifth round knockdown courtesy of a vicious left hand to the body. This was probably the best fight of the weekend.

In Bulgaria, former world heavyweight title challenger Kubrat Pulev (24-1) stopped a past-his-prime Samuel Peter (36-5) Saturday night during his widely publicized homecoming bout. Pulev was in control throughout and pounded away for three rounds until Peter decided to surrender in his corner. For what it’s worth, the win earned Pulev the vacant WBA Inter-Continental heavyweight title.

WBO middleweight world champion Billy Joe Saunders (24-0) kept his unbeaten record intact Saturday and defended his title with a lackluster 12 round unanimous decision win over a game Artur Akavov (16-2). The bout took place in Glasgow, Scotland. Saunders looked flat and uninspired and barely managed to stay ahead of the hungry challenger, but did retain his title by scores of 116-112, 116-113 and 115-113. 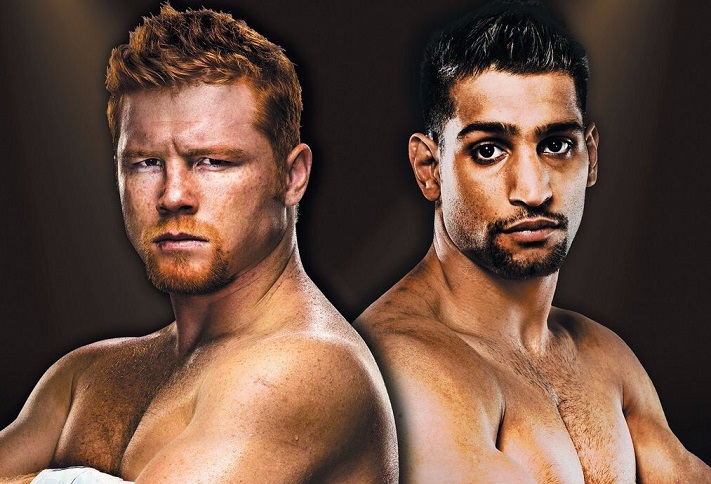 Canelo vs Khan: Not A Superfight 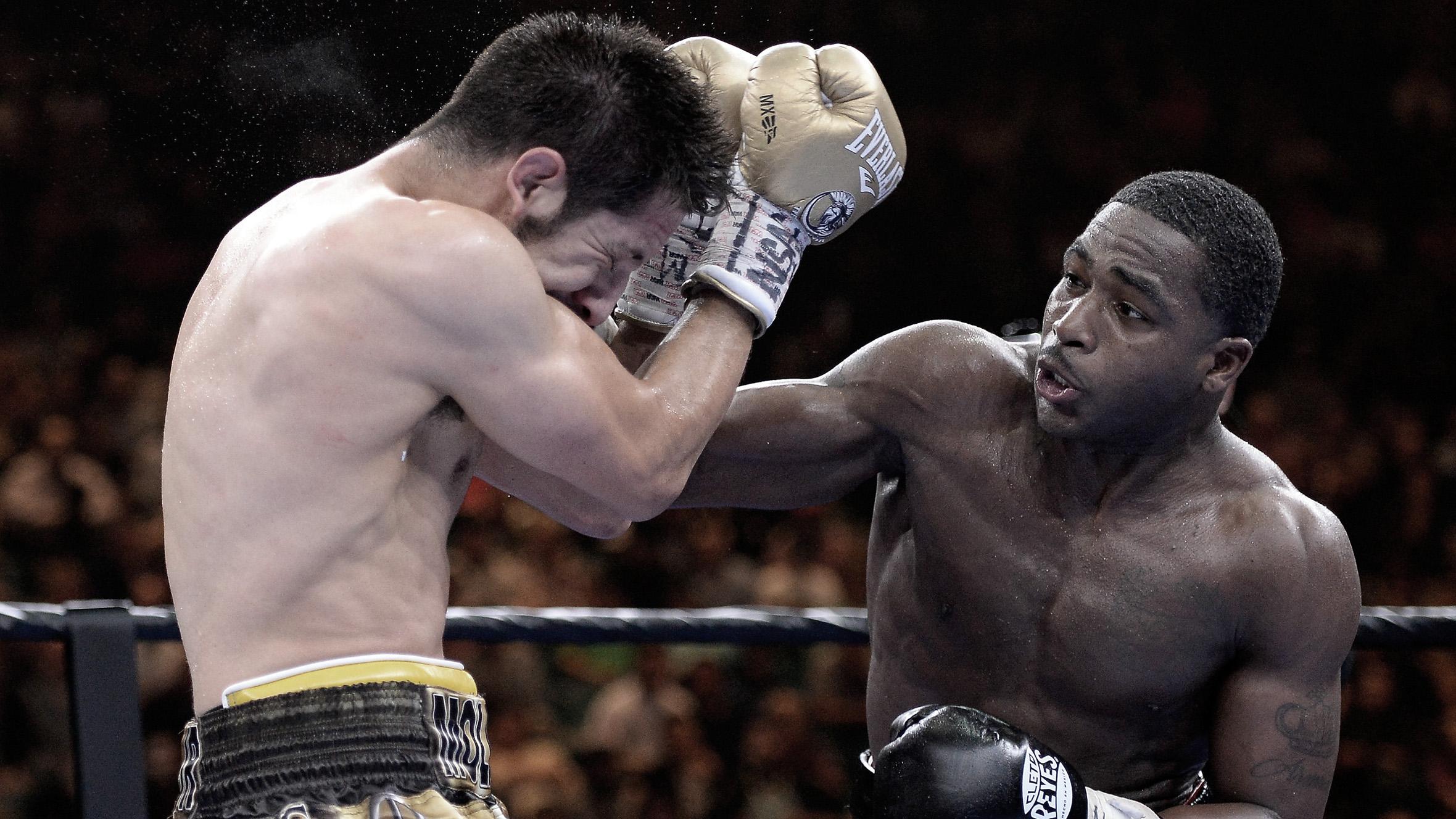 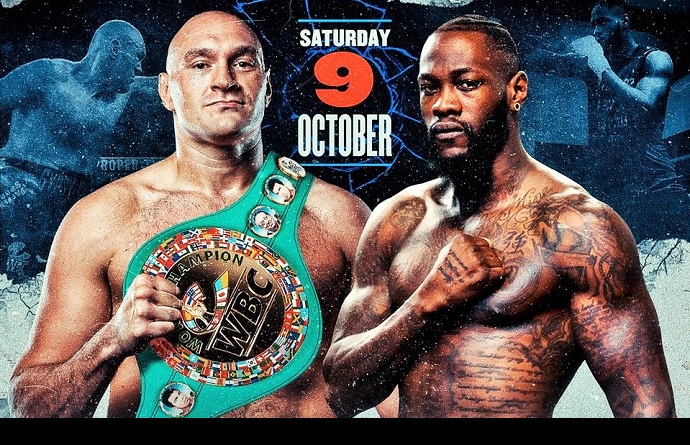