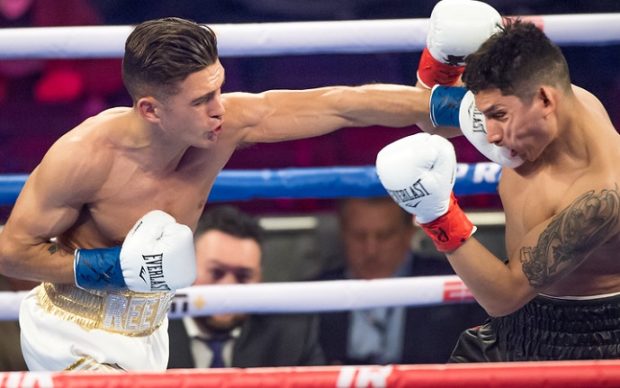 Another St. Patrick’s Day, another big show in New York with Ireland’s Michael Conlan as the headliner. Fight fans got their money’s worth as every match on the card went the distance and in the co-main event welterweights Luis Collazo and Sammy Vargas gave the crowd at the Hulu Theater ten rounds of grueling action. Conlan got ten rounds of work in as well as he scored a shut-out points win over Ruben Garcia Hernandez. 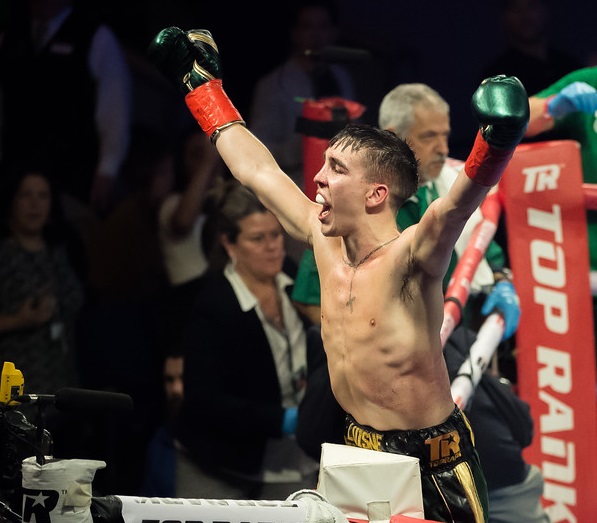 After his victory he called out one of the fighters on the undercard, Russia’s Vladimire Nikitin. Why? Because Nikitin was the recipient of a bogus decision over Conlan at the 2016 Olympics.

“Vladimir, I know you’re here,” said Conlan, as if everyone didn’t know he was there. After all, Nikitin had won a six round decision over one Juan Tapia to raise his record to 3-0 just a couple hours before. “We need to do it again,” declared Conlan. “I need to right a wrong.” 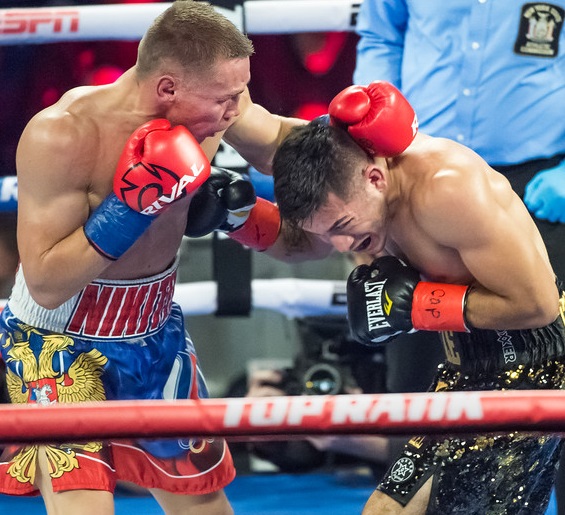 While the theatrics of this seem more than a little forced, no doubt Bob Arum and the executives at Top Rank looked on approvingly as they’re likely hoping to hype Conlan vs Nikitin into some kind of major attraction. Maybe they’ll put it on in Dublin. Or in New York a year from now.

Collazo vs Vargas was a pretty good scrap, though some thought Vargas deserved better. Everyone applauded Collazo’s effort since the guy is 37 and managing to keep himself relevant. Don’t be shocked if he gets the call to fight Shawn Porter who no doubt is looking for a soft touch after that scare he had a couple weeks back. Me, I wouldn’t mind Collazo vs Vargas II; it was a fun fight. 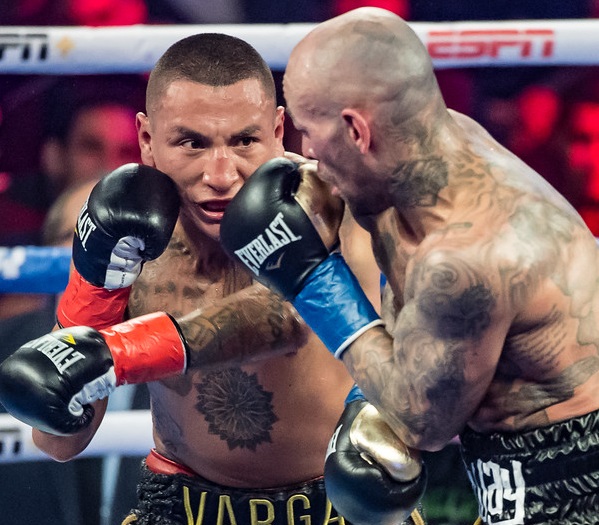 Vargas and Collazo went to war.

In other action, Oscar Mojica put a damper on the whole Irish celebration thing with an upset win over Irish Olympic medalist Paddy Barnes. Mojica scored a knockdown in the second and then busted Barnes up pretty good. The brave Irishman suffered a broken nose and was bleeding all over the place but he survived to hear the final bell. 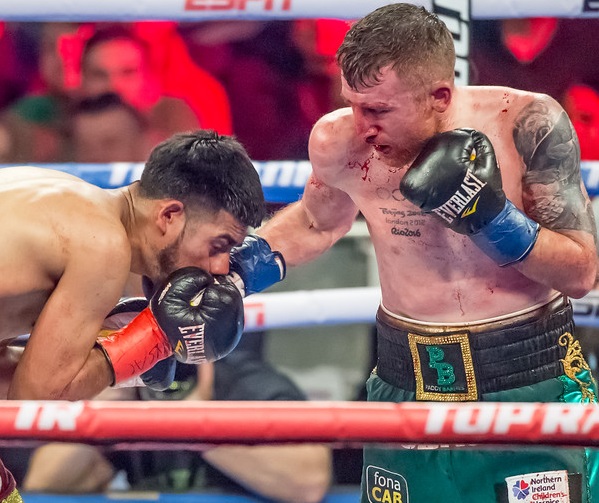 Barnes (right) was brave but battered.

Friend to the site Jeff Lockhart was ringside and so it is a pleasure to feature his photos again in this exclusive photo gallery. Word has it he stayed away from the green beer and took it easy on the Guinness, so he’s totally up to making the trip again next year for St. Patrick’s Day when no doubt Conlan will be either getting his revenge on Nikitin or fighting for some kind of world title belt. 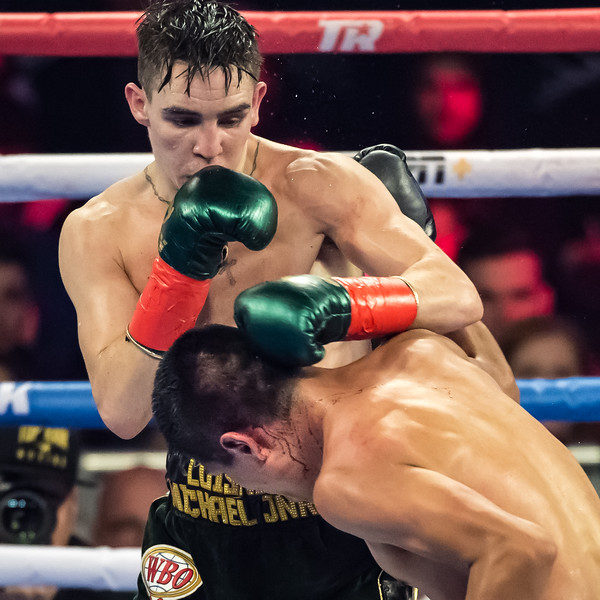 Conlan and his green gloves will no doubt be back in New York next year. 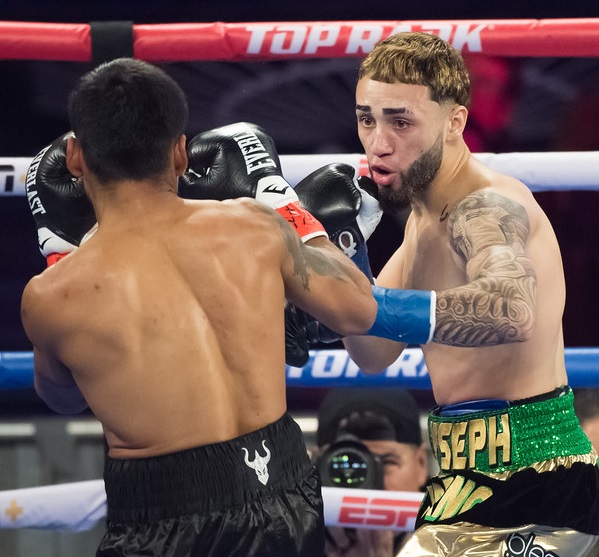 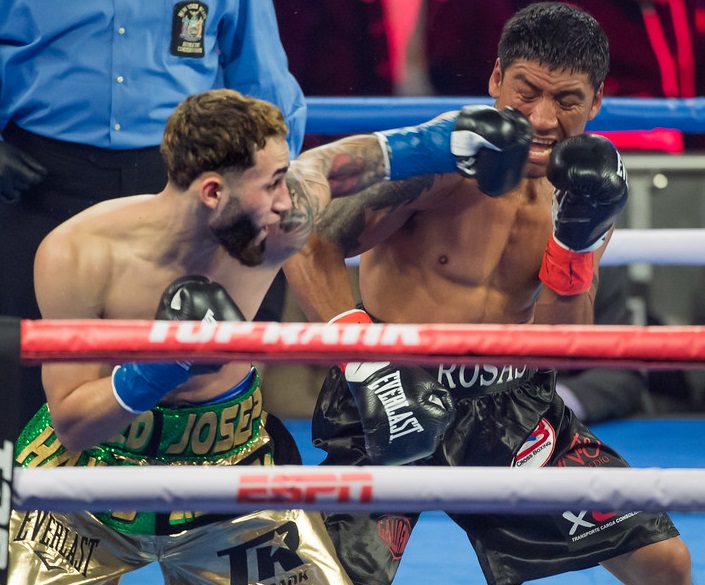 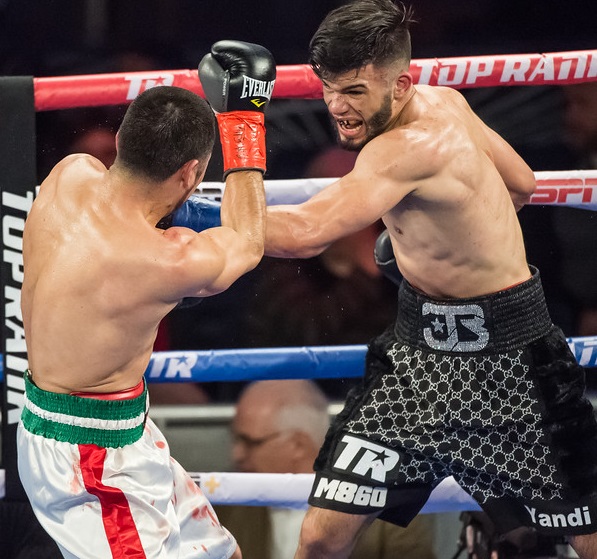 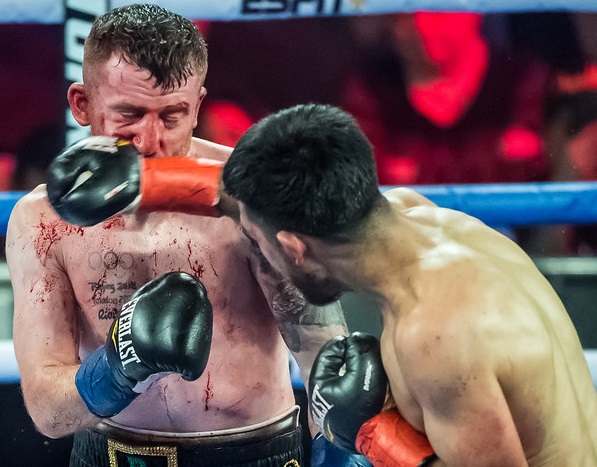 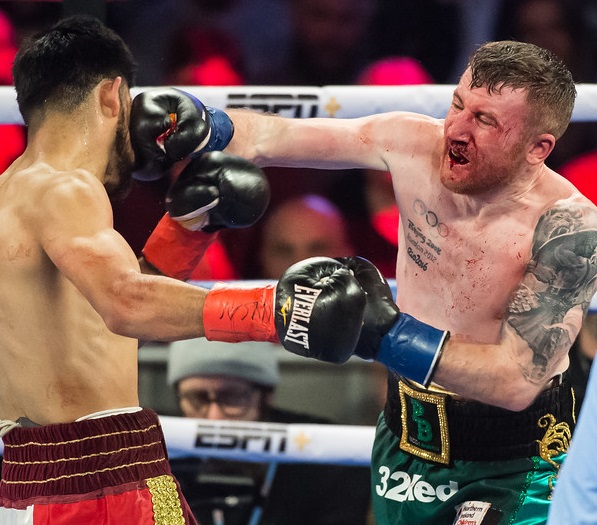 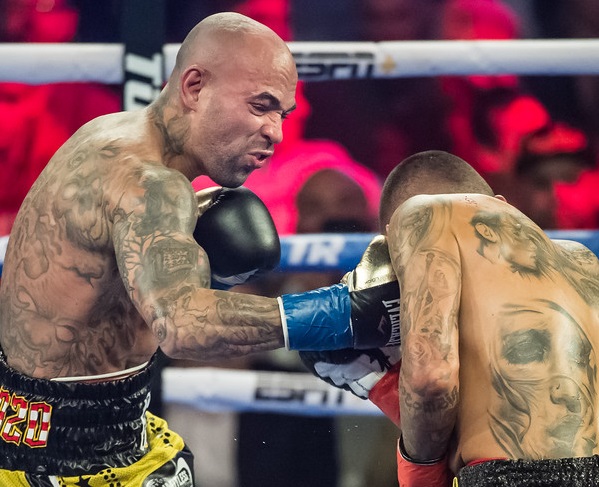 Collazo digs in a right on Vargas. 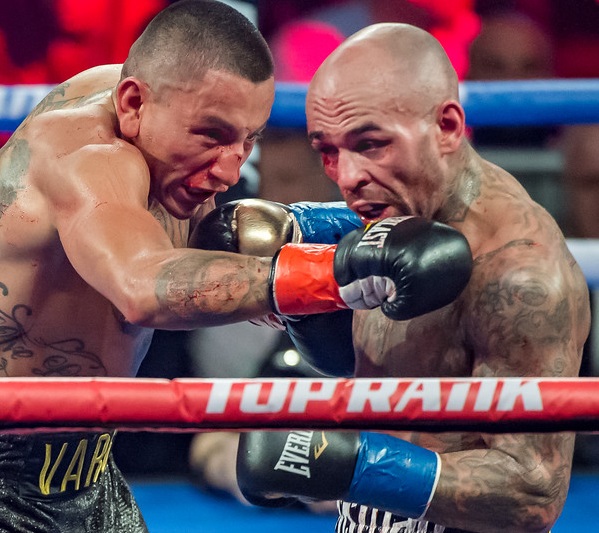 Collazo had his hands full with a game Sammy Vargas. 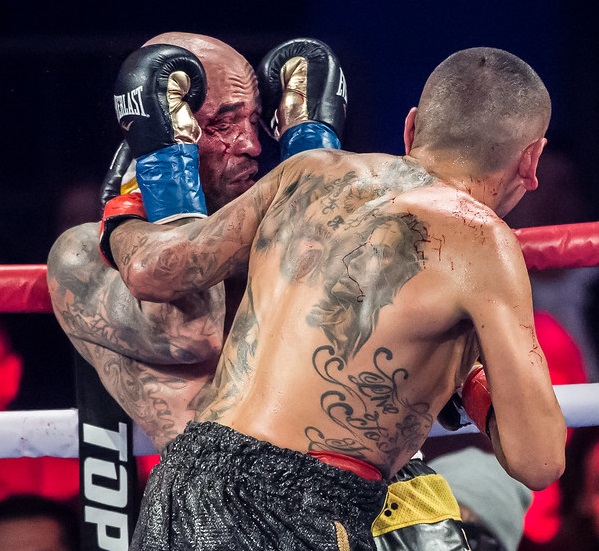 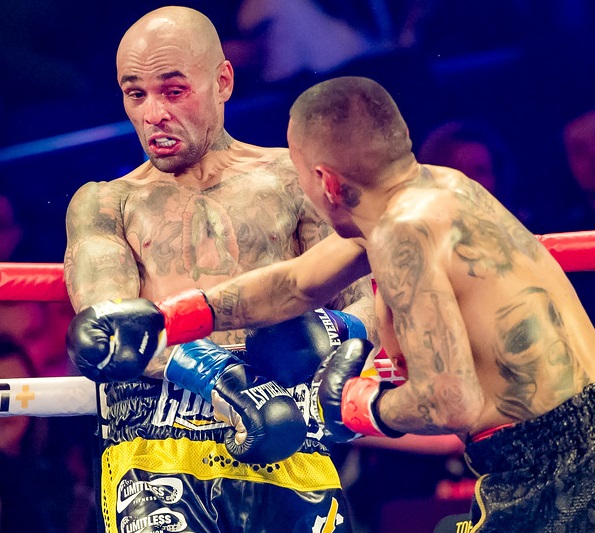 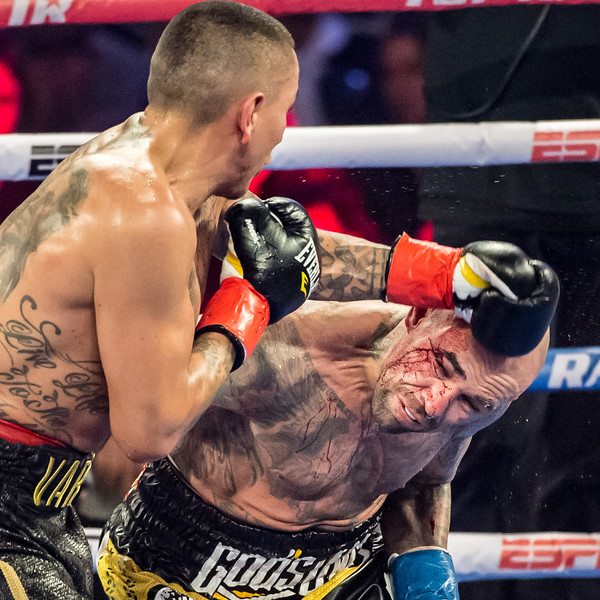 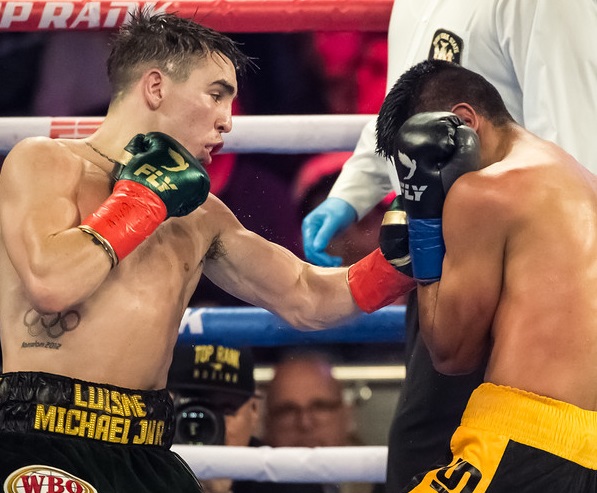 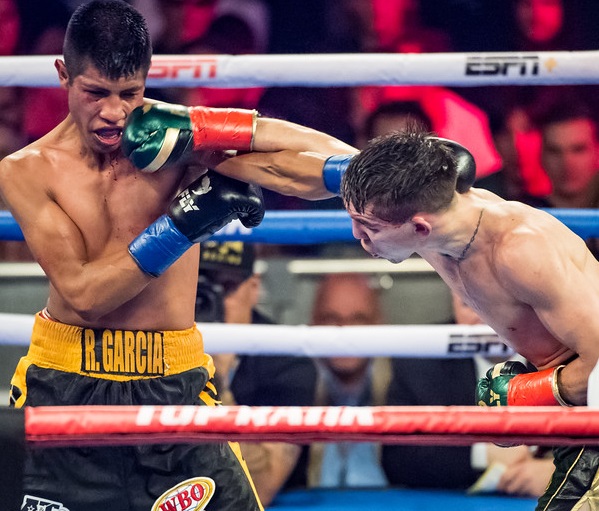 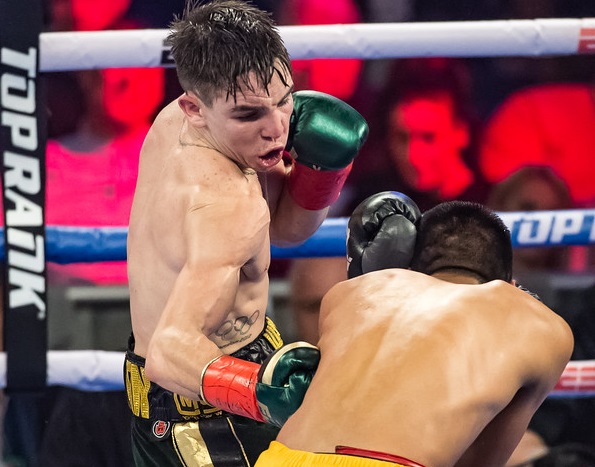 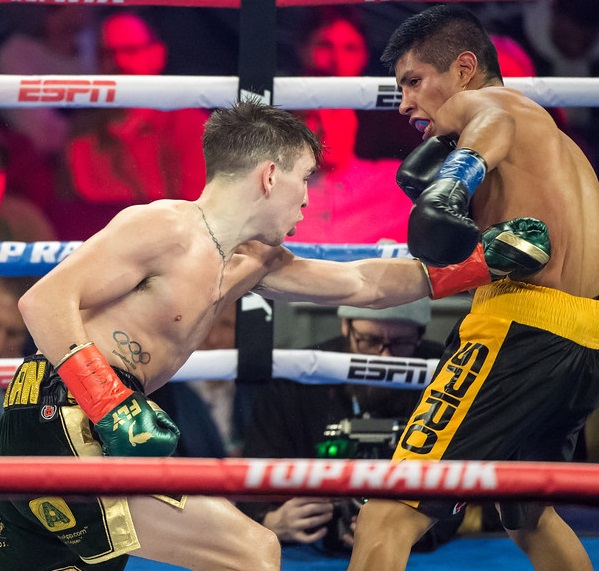