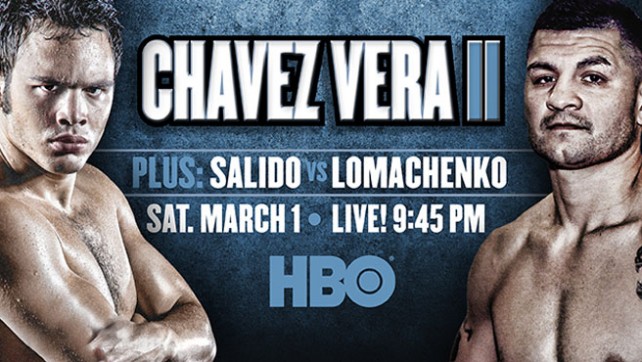 “Why should I watch an overweight pothead riding his daddy’s name and fame?”

This is the question a boxinghead recently posed to Ring Magazine’s Doug Fischer. The scribe’s answer, published today in his Friday Mailbag, was as follows:

“Simple, he generally makes for good fights, and he’s in with a hard-ass Texan who isn’t overweight, isn’t a pothead and who had to earn every bit of success in boxing that he’s had in the last nine years. We’re either going to see Bryan Vera get in Chavez’s ass and make the big rich boy quit or we’re going to see Junior suck it up and earn his victory.”

Fair enough, I guess. But I believe there are even more valid reasons to watch this Saturday’s rematch between boxing’s buffoon extraordinaire Julio Cesar Chavez Jr. and workingman Bryan Vera, as they attempt to set things straight following one of 2013’s most infamous and controversy-ridden confrontations.

One of those reasons is the undercard fight between the rugged Orlando Salido and Ukrainian rising star Vasyl Lomachenko, which may end up stealing the show. In the opening match of HBO’s broadcast tomorrow night, Lomachenko will enter the ring as a pro for only the second time, and Salido will surely present a stern challenge to the praised multi-medalist. There’s a lot of hype surrounding Lomachenko, particularly due to his impressive amateur pedigree, and “Siri” Salido will do his best to ruin Bob Arum’s newest pet project after the promoter mentioned Lomachenko is in his personal Top 5 pound-for-pound list; all this with only one professional fight under the Ukrainian’s belt.

But returning our focus to the main event, the primary reason you should tune in tomorrow night is that Chavez Jr. vs Bryan Vera II is a micro-cosmos of the boxing world at large as it exists in this day and age. It pits two fighters who’ve reached a high level of recognition and earned not-insignificant paychecks by travelling two distinct low roads. But more on that later.

I would like to contradict Mr. Fischer regarding Chavez Jr. “making for good fights” as well. The way I see it, there’s only three kinds of fights Chavez Jr. has ever partaken in: hopeless mismatches against smaller men of limited skill; competitive fights for which he failed to train properly and in which he’s therefore tested by smaller men of limited skill; and the Martinez fight, in which he got in a lucky punch just before the final bell after eleven rounds of getting his ass handed to him. How exactly Fischer comes to the conclusion that Chavez Jr. “makes for good fights” is beyond me. Perhaps more disturbingly, it’s a conclusion shared by many boxing fans, as the high ratings for Chavez Jr.-led broadcasts attest.

So what exactly is the relevance of Chavez Jr. vs. Vera II? Well, to these eyes it serves as an indictment on the present state of boxing, marred as it is by the Cold War, bad judging, corrupt authorities and chronic mismatching. Chavez got to where he is today by plying a mediocre game in front of an ill-informed audience while supported by his promoter, his dad’s connections, and Saint Jose Sulaiman at the WBC. But of course, boxing being built on conflict, Chavez requires dancing partners who can serve as sacrificial lambs. That was Vera’s role when he was first matched with Chavez last year, and when Chavez first failed to even care about making weight for the contest, then failed to chop down a perceived lesser foe, it came to the judges to defeat the unfortunate Vera.

Is this representative of boxing’s current state? If you don’t think so, take a look around at the Victor Ortizes, Amir Khans, and Adrien Broners that populate boxing broadcasts, as well as their unfortunate dancing partners, who are supposed to roll over and play dead in order to allow their promoters and managers to prosper, without any regard for fair competition or for the well-being of their mismatched foes.

“Well …” you might say, “this guy has no idea what he’s talking about cuz Ortiz just got knocked out, Khan was denied the Mayweather fight, and Broner just lost to Maidana.” However, to focus on those comeuppances is to miss the point entirely. The issue here is not whether these hyped fighters whom people follow based on their twitter appeal, name recognition or Youtube antics in the end get what’s coming to them. The point is that this practice of pumping-and-dumping in boxing is a disease that has become increasingly common and that keeps sucking resources—namely money and network broadcasts—that would better serve everyone else if they were focused on more worthy practitioners of the sweet science.

And no, before you begin to believe that granting Bryan a rematch is in any way a nod to divine justice, just stop for a second and consider that Chavez vs. Vera was the most watched non-PPV boxing show on North American television in 2013. In retrospect, how could it not be? The star, “The Son of the Legend” struggled so badly to make weight that his promoter in the end decided to effectively eliminate a weight clause. Not only that, but the star’s emaciated state led to him providing a pitiful performance that was rewarded with a points victory! What is a promoter supposed to do when he puts on such a travesty of a boxing card and people eat it up? Of course there’s going to be seconds. From Arum’s point of view and the network, scheduling the second fight wasn’t a matter of doing right by Vera, they did it because with those numbers and all the free publicity they could not afford to not stage a rematch.

So there it is, folks. Tomorrow’s main event will only be relevant if Vera—an undersized super middleweight—manages to somehow outbox a Chavez who will doubtlessly enter the ring a cruiserweight. But a Chavez victory will mean nothing at all to the super middleweight division, even less to boxing in general. The only thing it will do is allow superstars like Carl Froch and Andre Ward to try and cash in on the buffoon’s name and his misguided followers. Or even worse, it will allow the network to keep featuring this excuse of a prizefighter in yet more irrelevant mismatches for no one’s benefit but their own.

In other words, tomorrow night’s card is just business as usual for boxing, ensuring that the boxing business will carry on. As usual. Which means money comes first and the integrity of the sport isn’t even on the map. Sad, but true.        — Robert Portis 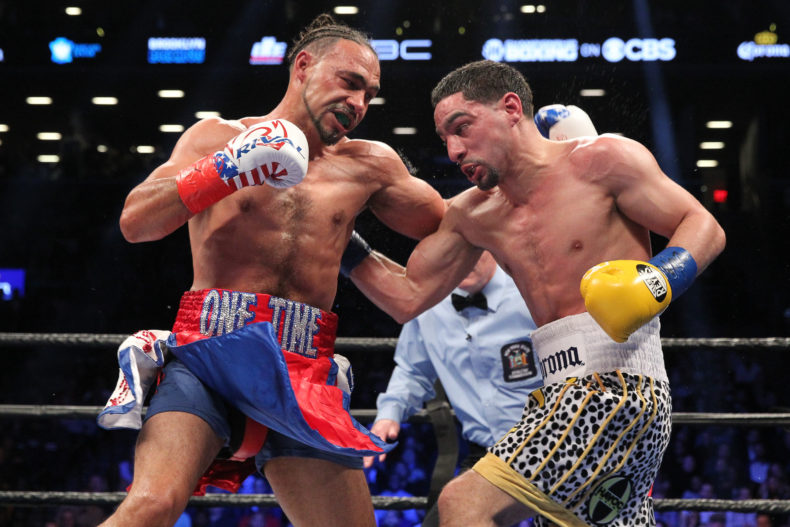