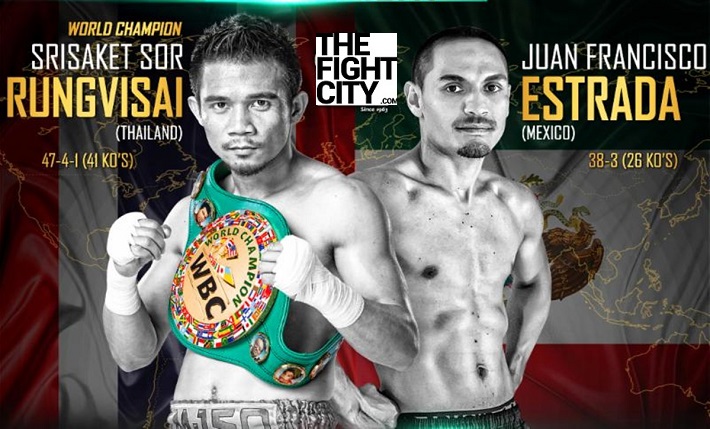 Tomorrow night, it’s finally time for the second chapter in what die-hard fight fans hope will turn into a legendary rivalry as Juan Francisco Estrada of Mexico and Thailand’s Srisaket Sor Rungvisai (aka Wisaksil Wangek) clash again for the WBC super flyweight title. Their first war, one of the leading contenders for 2018’s Fight Of The Year laurels, went down at the historic Forum in Inglewood and so does the second and while last year’s duel was razor close, most thought the points verdict to the Thai made sense.

However, Estrada, who is still looking for that signature win which will cement his place in the Hall of Fame, insists he fought that night with a wonky knee and he’ll be better the second time around. It’s a great match-up, not to mention a “pick ’em” fight, so naturally the contributors to your favourite independent boxing site are only too happy to pull the trigger and offer up their fearless predictions. Check ’em out:

Estrada is perhaps the finest active Mexican fighter in terms of skills, and yet, through 41 contests he’s been unable to earn a career-defining win. While his victories over Brian Viloria, Carlos Cuadras, and Hernan Marquez showed he’s a top talent at the lower weight classes, he also came up short against both “Chocolatito” Gonzalez and Sor Rungvisai. Unfortunately for him, I see the talented Thai besting him in the rematch, based on the fact he has less mileage than the Mexican, not to mention the fact he’s the bigger, stronger puncher of the two. Nevertheless, expect to see some fireworks in what should be another dozen rounds of violence and drama in California this weekend. Sor Rungvisai by unanimous decision.                              –-Rafael Garcia

Estrada is a better boxer than Sor Rungvisai. So, too, was Roman Gonzalez. But when you enjoy a tremendous strength and power advantage over the opposition as Sor Rungvisai does (I see Srisaket as a 115-pound George Foreman), boxing skill becomes less significant. Technicians tend to fare better in rematches, but the way I see it, Sor Rungvisai’s superior physicality will once again be the most important factor. Srisaket will be met with right uppercuts and check left hooks as he lunges in with his straight left, but the Thai will gobble them up and keep moving forward. Unable to keep his rival at bay, Estrada will slow as the fight wears on and Srisaket will have more success with his left cross and right hook. Sor Rungvisai by decision.         — Lee Wylie

In their first fight, Estrada had some notable periods of success where he managed to box and counter Sor Runvisai effectively. To win this time, Estrada’s going to have to fight an incredibly disciplined and smart fight in order to sustain those periods over longer duration. He’s going to have to find a way to negate Sor Rungvisai’s left hand, moving enough to avoid it and not get drawn into a war, while still maintaining a close enough distance so he can find a home for his own right hand and left hook. It will take a brilliant performance from the Mexican, and the margin for error is so small, I’m not sure he can do it. I expect the fight to be close again, but I fancy Sor Rungvisai’s strength, relentless pressure, and deft power punching from the southpaw stance to tell over the course of the whole 12 rounds. Sor Rungvisai wins another decision.    — Matt O’Brien

It’s hard to pick against Srisaket given his power and brute strength, but that’s exactly what I’m going to do. I expect Estrada to start faster than he has in past contests and put together the kind of complete performance the moment demands. After tasting Srisaket’s power for 12 rounds in a hotly contested bout, Estrada knows exactly what to expect and how to implement a more effective game plan in what should be a scintillating rematch. Estrada by decision.        — Zachary Alapi

Unless Sor Rungvisai abruptly slows down or becomes less physically powerful, I imagine him giving Estrada the same issues he gave him last time. Estrada may figure a slightly new angle, and since Sor Rungvisai’s style is largely predicated on the aforementioned strength and relentlessness it could indeed fail him out of nowhere, but my money is on the Thai by close decision again.            — Patrick Connor

Until I see some slippage in his game, I ain’t picking against Rungvisai. He’s got that rehydration thing down and will once again enjoy a significant size and strength advantage. Like a pint-sized Marciano, he’ll just keep rumbling forward and wear Estrada down, this time scoring some knockdowns to secure a clearcut win. Rungvisai by unanimous decision.      — Robert Portis

I see Rungivsai getting the job done here, winning another close decision. Should be hotly contested once again, but I see his superior strength and physicality taking their toll.      — Jamie Rebner

I scored their first fight a draw. Rungvisai was trickier than many expected, and his power is serious. Estrada demonstrated impressive determination and stamina, and closed the fight strong. I want to favor Estrada slightly in the rematch. He’s nearly four years younger, and I think his superior technique will be enough if Rungvisai has deteriorated even a little. But there’s something about the Thai slugger’s style that judges seem to like. So I’m going to call it a split decision for Rungvisai that many will believe Estrada deserves.     — Hunter Breckenridge

I expect another great fight, but I’ll have to lean towards Sor Rungvisai again. From one persective, you’d expect Estrada to pick up where he left off, as he closed very strong. But Sor Rungvisai’s strength and his gritty determination gave him the advantage in their brutal exchanges, as it seemed like Sor just wouldn’t take no for an answer oftentimes. Sor needs to make it a physical inside fight again to win and I think he’s primed to do just that. Rungvisai by decision.      –Alden Chodash

I see a decided advantage for Rungvisai, and an advantage which few pay much heed to, that being the man is a converted muay Thai kickboxer. Muay Thai training is insane and in another dimension of physicality as compared to conventional boxing training. When a young Rungvisai’s career in muay Thai went nowhere, he converted to boxing, but he’s clearly a product of his muay Thai conditioning. In fact, for Rungvisai, boxing may actually be a step down in physicality from muay Thai kickboxing. Another Rungvisai advantage: I thought Pac had the biggest calves ever for a small man, but Rungvisai’s calves look like big clubs and they anchor Rungvisai’s punching power. I like Estrada and he brought it to Rungvisai in the first fight but beating this rugged Thai is just a bridge too far. And now that the champ has been in the ring with Estrada and knows his tendencies, Rungvisai might do a Chocolatito II number on Estrada. Rungvisai by decision or KO.            — Ralph Semien

After the pathetic displays of Spence vs Garcia and Crawford vs Khan, boxing needs this match and luckily for the sport there’s a strong chance the intensity of the first battle will only be ratcheted up to eleven as no doubt Estrada is aware his entire career is on the line here. I expect him to rise to the occasion as a second defeat to Rungvisai would be a huge setback and puts him into that category of fighters who are a high risk, low reward proposition. He’s the younger of the two and after getting off to a fast start and out-dueling the Thai in the early going, he’ll save something extra for the late rounds to squeak out a split decision victory in a dramatic, action-packed battle that demands a third clash.          — Michael Carbert 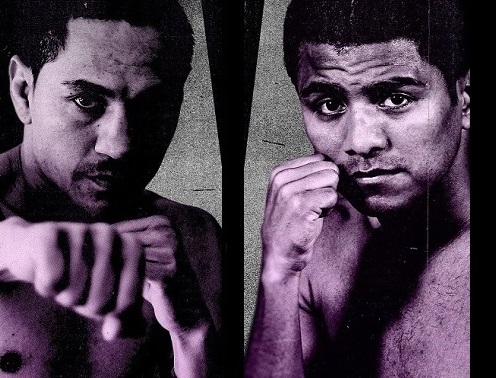 Gonzalez vs Estrada II: At Last 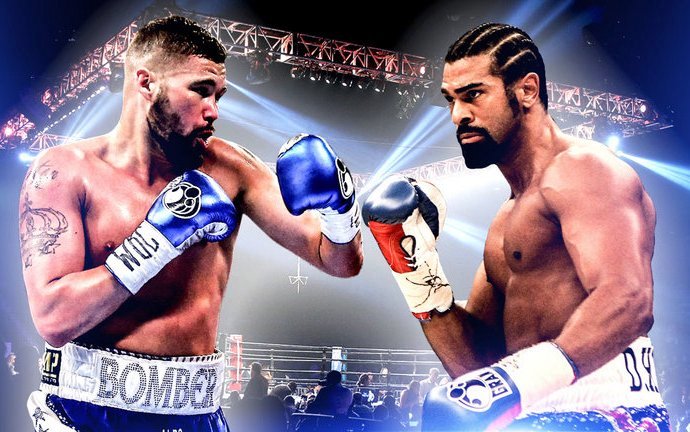 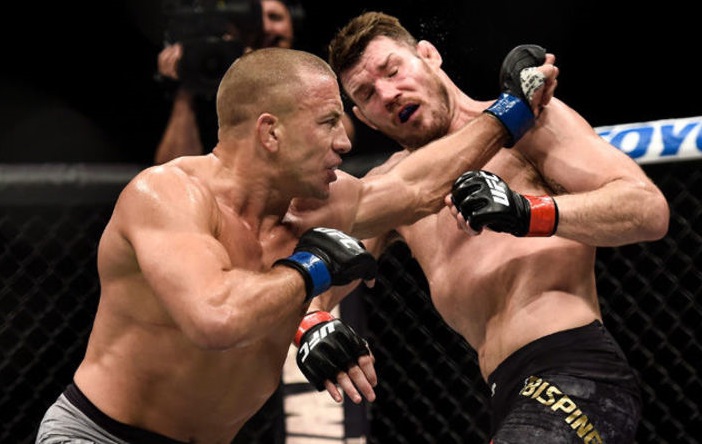