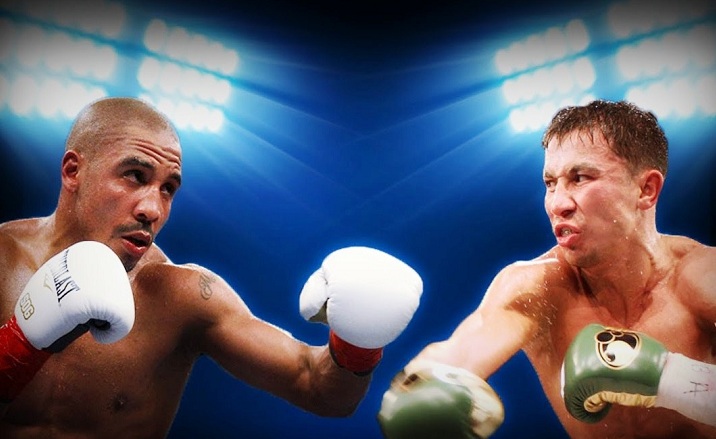 As former super middleweight ruler Andre Ward gets ready for Saturday’s challenge against WBA/WBO/IBF light-heavyweight champion Sergey Kovalev, a phoney war between his camp and that of another Eastern bloc pound-for-pound star, Gennady Golovkin, continues to rumble on. The latest round of the back-and-forth battle-by-media occurred when Triple G’s trainer, Abel Sanchez, recently stated that his star pupil would defeat not only Ward, but 175 lb champions Kovalev and Adonis Stevenson, too.

Sanchez poured more fuel on the fire by again questioning the validity of an offer from Ward’s camp for a proposed Golovkin vs Ward showdown made in the summer of 2015. Depending which side of the keyboard you sit, this offer was either a transparent attempt by Ward’s team to generate publicity off the back of Golovkin’s rising popularity, or irrefutable evidence that GGG’s team, knowing the American posed too much of a risk for their star asset, ducked the man some call “Son Of God.” So, who should we believe? Did GGG’s team duck a legitimate offer to face Ward? Or was the offer a dishonest attempt by Ward’s camp to con the public by pretending they wanted the fight?

To start, it is no coincidence that Abel Sanchez was behind the latest round of sniping in the media. Sanchez’s voice appears often in the history of this spat, and can be traced back to its early days and a March 2012 article published on ESPN. At that time Sanchez made the bold prediction that his fighter could go down in history as the second greatest fighter of all time (behind Muhammad Ali and ahead of Sugar Ray Robinson), and further stated that they were willing to face anyone from super welterweight to super middleweight, including Andre Ward.

At the time, Golovkin held the WBA middleweight title, but was still relatively unknown outside of hardcore boxing circles. A fully-fledged member of the “Who Needs Him?” club, GGG’s team was trying to establish him as a more recognizable name in the U.S. and entice some big-name opponents into the ring. In contrast, Ward had just emerged on top of Showtime’s tough and talent-filled Super Six tournament and was widely regarded as one of the top pound-for-pound players in the sport. Sanchez’s claim was therefore a significant one to make, and required some serious action to back it up.

Fast-forward two years: Ward had managed just two ring-appearances since his Super Six triumph, whereas Golovkin had demolished a string of seven challengers in the same period and extended his consecutive run of knockouts to 16 straight. Ward pressed the issue though, saying he was willing to fight anyone and criticizing Golovkin’s team for failing to back up their confident boast. “They went on the record and they’ve campaigned for years that [he] will fight anybody… and anybody means anybody. So I said that I have no problem fighting Golovkin and now all of a sudden it’s a campaign to stay at 160.”

As we moved into 2015, the fight looked no nearer to being made, but the cold war being fought in the media rumbled on. In June Golovkin gave an uncharacteristically angry interview in Russian, blasting the American for trying to generate publicity by using his name and accusing him of already turning down the chance to fight once in the past: “At our meeting with HBO they asked us whether we are ready to box. You know our answers – I said yes, you said no. You said something about your shoulder or promoter – I’m not interested in the reason, I only heard your ‘no.’” Golovkin ended with some particularly harsh words aimed directly at his rival: “As a man, you are dead to me”.

Precise details of the meeting Golovkin was referring to are not easy to find, though neither Ward nor HBO have ever denied it took place. Assuming the conversation unfolded exactly as GGG described it, Ward’s response indicates that it likely took place during his hiatus from the ring in 2013, when he was sidelined after tearing his right shoulder and also embroiled in a legal dispute with his promoter, Dan Goosen. As such, the fact that Ward said he was not “ready to box” at that time is hardly surprising.

Following surgery to his shoulder, Ward returned to action in November 2013, but his legal dispute dragged on and he spent a frustrating 2014 battling in the courts. In September of that year, Goosen sadly passed away, allowing Ward to resume fighting under a new promotional banner and in January 2015 he announced a deal with Jay Z’s Roc Nation Sports.

That June, just four days after Golovkin’s fiery Russian interview, Ward finally renewed his career, easily defeating Englishman Paul Smith. The following month ESPN’s Dan Rafael published a report repeating team GGG’s assertion that they were willing to fight any of the big names “from junior middleweight to super middleweight”. Notably, the article quoted K2 managing director and Golovkin promoter, Tom Loeffler, who said that, “GGG would fight Ward on a 50-50 basis, the best 160-pounder versus the best 168-pounder [at] 164 [and] a 50-50 split on all proceeds”.

In September that year, a clearly frustrated Ward gave an interview to FightHubTV and insisted on referring to Golovkin as “Little G”, lambasting the fighter and his camp for turning down an official offer to fight. He also complained that a double standard seemed to apply in terms of how their negotiating strategies were portrayed by the media: “Now, if the shoe was on the other foot, if I said ‘I’m going to 75, and I’m not gonna touch Kovalev, I’ll fight this guy and that guy, but if I fight Kovalev he’s gotta come to 170 or 172’ – can you imagine what the headlines would read? And if my trainer and my promoters were talking like they talk, but there was no action – can you imagine what the headlines would read?”

On October 8th, just three months after Rafael’s report, Loeffler gave an interview to boxingscene.com explaining why the official offer was rejected, saying it was received after their unification fight with David Lemieux had been signed and therefore too late. He also claimed their primary aim was to unify the 160lb division, but admitted they would move up to 168 for “mega events” against Julio Cesar Chavez Jr. or Carl Froch. As for Ward, Triple G’s “stardom” had now surpassed the American, he argued, and therefore a 50-50 split between the pair no longer made sense.

The following day Michael Yormak of Roc Nation, representing Ward, responded by pointing out that GGG’s team turned the offer down “in 36 minutes.” They had not known the Lemieux fight had already been signed, he claimed, and countered that since the proposal stipulated that both fighters would have one interim bout before meeting in 2016, essentially it made no difference to the deal. If they were serious at all about the fight, he argued, GGG’s camp would have engaged in some form of preliminary negotiations, or at least considered it for longer.

Tensions between the camps continued to simmer in the months that followed. Abel Sanchez accused the Ward team of being “all talk”; Ward responded by telling Sky Sports that GGG’s people were more concerned with posturing in the media than actually negotiating, and didn’t want to know about the fight “once we made them an official offer.” How seriously we should take that offer is of course the subject of much dispute, though none of the arguments from GGG’s side, I think, stand up to serious scrutiny.

Firstly, the fact the offer was sent after the Lemieux fight had been signed is not evidence that it was made in bad faith. In fact, it seems reasonable to take Ward’s team at face value when they say this would not have been a stumbling block, and that the proposed time frame (each fighting an interim bout before meeting in the first half of 2016) could have been made to work, since this format is the same deal that Ward’s camp later made with Sergey Kovalev’s people.

It’s also argued that Ward’s camp were deliberately treating GGG’s team like the “B-side,” presumably in the knowledge that this would scupper the bout while feigning the appearance of making a serious offer. This argument is also a strange one. Negotiations, after all, have to start somewhere. If Ward’s team were willing to fire the opening salvo, it can hardly be held against them if the other side were not willing to fire back, especially considering the offer met Loeffler’s earlier claim that they’d accept a 50-50 purse split. If Loeffler no longer believed 50-50 was fair, they had the opportunity to put that position forward at the negotiating table, but chose not to.

As to the weight issue, while Ward had not boxed below 168 since 2013, for the kind of money and exposure the event would produce, it’s fair to assume he would be willing and capable of stripping a few extra pounds. Sanchez also did the credibility of his team’s position no favours here by claiming they never made a catchweight demand, despite video being available on YouTube of him personally saying they’d only do the fight at 164, while other members of the team were already on record stating they’d go to 168 for Froch and Chavez.

A little context, I think, is also in order when assessing the merit of Ward’s offer. He has proven on numerous occasions his willingness to step up to a serious challenge. The Super Six tournament was a minefield of dangerous opposition, and Chad Dawson was also one of the most accomplished fighters in boxing at the time they clashed. And after taking time out to heal injuries and resolve messy legal issues, now he is stepping up to test himself against arguably the most formidable challenge available, Sergey Kovalev. It seems rather absurd to question the legitimacy of his desire to fight Golovkin when he has since agreed to a contest that is even more daunting.

So, does this mean that I’m a GGG “hater”? That I think Triple G “ducked” a Ward fight because he’s “scared” of him? Not at all.

I’ve no doubt that Golovkin, the fighter, would step in the ring with anyone, anytime. His team, however, have to be more scrupulous in their management, and they simply preferred to hold out for a lower-risk, financially more rewarding fight against either Miguel Cotto or Canelo Alvarez. That is hardly a crime, but even granting that it was a sensible long-term business move on their part, it still runs contrary to their prior eagerness to “fight the best from 154 to 168”. Whatever you think of Golovkin the fighter, there is a serious mismatch here between his team’s words and their deeds, whereas judging Ward by his upcoming test next weekend, the reverse is true. 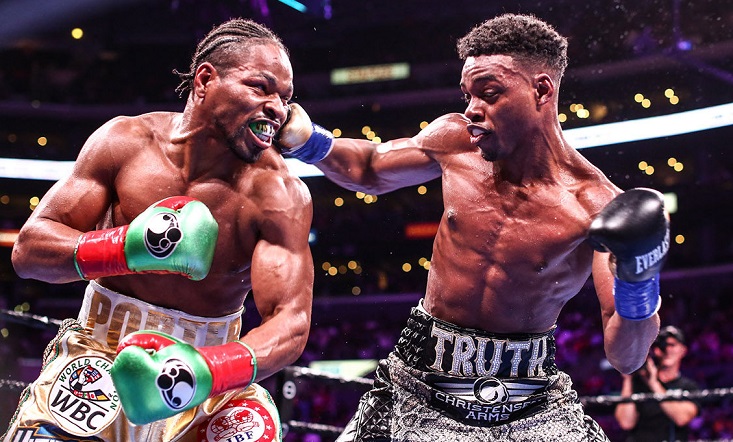 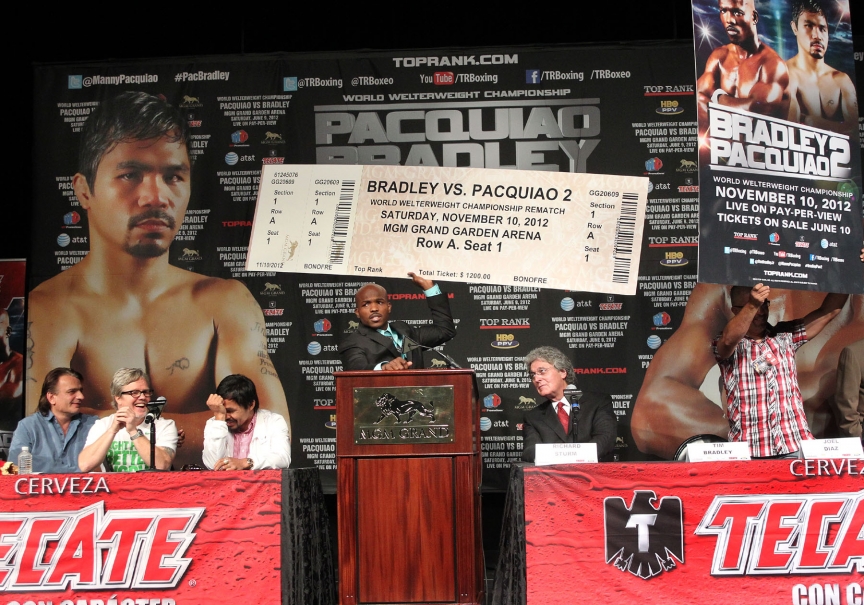