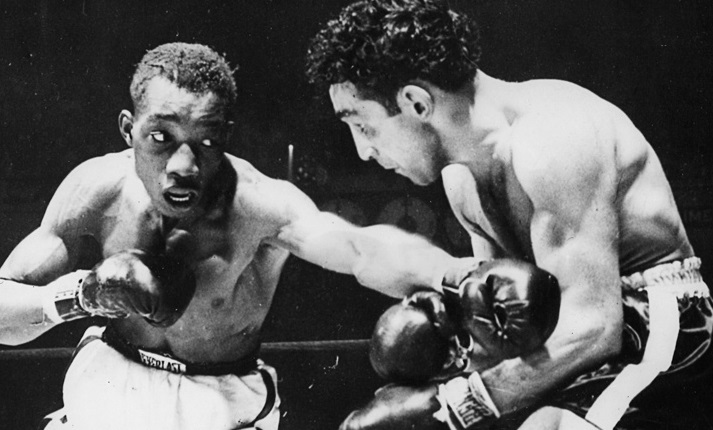 There is a certain mystique to legendary fights of yesteryear, a nostalgia that speaks of a time when ‘The Sweet Science’ was larger than life and ruled supreme. There are but a few wise old heads left lucky enough to have witnessed some of the greatest fights in boxing history, but with no film to view many of them, the rest of us are left to ponder just how great they really were.

The second meeting between Hartford’s Willie Pep and Harlem’s Sandy Saddler, a bout awarded Ring Magazine’s Fight of the Year award for 1949, is a perfect example of such a match. For most of us, all that is left are the stories of the fight’s immensity, stories told through newspaper men who were on hand to witness it, the words weaving a tale of the skill, bravery and guile on display.

When Pep lost his title to Saddler on October 29th, 1948, many believed the career of one of the greatest featherweights of all-time had come to an abrupt end. Pep had been knocked out in the fourth round and the general consensus, as noted in a report in The Milwaukee Journal, was that he was finished: “Willie Pep is all washed up after losing his featherweight boxing championship to Sandy Saddler. That seems to be the consensus following Friday night’s stunning knockout victory for Saddler, a lean Harlem puncher, in 2:38 of the fourth round.”

While Pep may well have been the best featherweight the world has ever seen, the knockout loss to Saddler, the toll of some 136 fights, and the plane crash that nearly took his life in 1947, proved enough for many to label him a shot fighter. But, as the old adage goes, ‘beware the wounded warrior.’

Pep came to pre-eminence in 1942 when he outpointed fellow Hall of Fame inductee Albert “Chalky” Wright at Madison Square Garden in New York. He would be 62-0 before his first professional loss, a non-title decision to lightweight champion, Sammy Angott. The loss meant little in the featherweight division however, as Pep still ruled supreme and he would go unbeaten in 72 straight fights before running into the heavy hands of Saddler.

Superlatives can’t do justice to Pep’s reign over the 126 pound division, but the shocking and violent manner in which Saddler had taken his crown resulted in few boxing fans believing Pep had what it took to take the title back. After all, Saddler’s run to the top was one that came by way of brute force. The lanky Harlem native owned one of the sport’s biggest punches and he had dispatched many a featherweight and lightweight with his vicious punches before finally getting his chance at the title.

Pep vs Saddler II was set for February 11th, 1949, but it took place only because of a clause in the contract between Pep and the Twentieth Century Sporting Club. Promoter Harry Markson held little hope that the rematch would be a success and a New York Times report referred to his surprise when the match proved to be a hot ticket.

“Markson was agreeably surprised when the box office windows were first opened and a flood of orders for tickets came pouring in. He was even more surprised when these orders continued, and yesterday the fight impresario was downright bewildered as the late rush of applicants augured a certain capacity house. What seemed a white elephant at the start was transformed into a golden calf, one that promised to be worth more than $80,000 at the gate.”

Whether it was hope, respect, or a genuine belief that Willie Pep could in fact win his title back, it seemed as if the people had spoken: this was to be a fight of major importance. Some twenty thousand crammed into Madison Square Garden, just three months after the young lion from Harlem had devoured his older adversary, and the crowd was on hand to see whether the once-great Pep was up to the task of gaining his title back from such a ferocious opponent.

The bell rang, and to the astonishment of the crowd, Pep went on the attack. He tattooed the face of Saddler with his quick left, landing some thirty-seven jabs in the opening stanza. The hand speed of the former champion was back, something many observers thought Pep had lost after watching his lacklustre performance in the first clash. The New York Times called Pep’s start to the bout “a demonstration of blinding speed that had Sandy looking like a novice.”

Saddler marched forward relentlessly, in spite of Pep’s jabs, but the Hartford slickster kept his heavy-hitting rival off him by way of his counter-punching prowess, as described by The Chicago Tribune: “Saddler was moving forward, measuring Willie with unblinking eyes, but Pep was too much for him with his counter-punching.” But counter-punching wasn’t Pep’s only strategy for keeping Saddler at bay. He utilized some ‘questionable tactics’ throughout the fight and was warned by the referee for wrestling in the first round and heeling Saddler in the face in the third.

But Pep couldn’t hold back forever the waves of destruction that were continually advancing and in the fourth the champion began to dent the defenses of the challenger. Sandy landed savage rips to the body and grazed Pep’s face numerous times, always just a few inches away from landing a blow that undoubtedly would have ended the contest, such was the dynamite power of Saddler’s fists.

Sandy landed a hard left in the fifth, opening a cut on Pep’s right cheek but the gash, which bled throughout the rest of the fight, did little to stop Pep from dominating his opponent. He landed all manner of punches over the next six rounds, attacking from every conceivable angle and displaying his supreme footwork, while avoiding the aggressive attempts from his adversary to land a knockout blow.

Saddler started to gain momentum in the late rounds, opening a new cut over Pep’s right eye in the thirteenth and slamming home numerous teeth-rattling shots in the round that followed, but Pep weathered the storm and came out with his guns blazing for the final round. As The New York Times reported: “[Pep] gave his greatest thrill in the fifteenth when, after weathering the jarring fire of the fourteenth, he came back to fight Saddler all over the ring with a strength that few, if any, thought he possessed.”

The crowd erupted when the scores were announced and Pep’s hand was raised. “[W]ild turmoil broke out in the Garden,” reported The Chicago Tribune, “which was loaded with rabid Pep fans as announcer Johnny Addle gave the unanimous decision.” 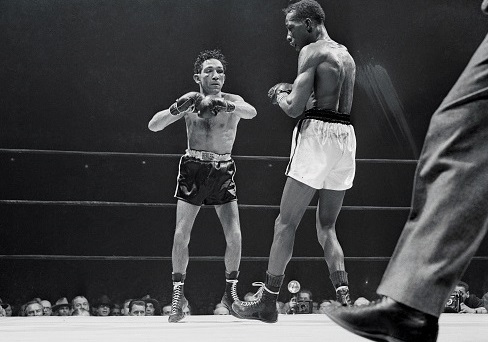 Willie Pep had won back the featherweight championship of the world, becoming the first man to regain the title at 126 pounds since George Dixon back in 1898. But even more significantly, he had done it in spectacular fashion. While the second Pep vs Saddler battle had been competitive and exciting, all three judges scored for the famed “Will O’ The Wisp” by margins of five, six and seven points. The victory, and the way in which Pep bucked the odds and schooled such a capable and dangerous fighter, only solidified his place as one of the best boxers, pound-for-pound, of all-time.

Perhaps the words of famed boxing scribe James P. Dawson best illustrated the enormity of what Pep had achieved when he wrote: “Pep put up the greatest battle of his career. He called on every ounce of strength within his compact little body, and all the guile he has accumulated through eleven years as an amateur and professional fighter to gain the triumph. How well he succeeded is reflected in the tabulation of the officials. And in riding to victory he proved to be one of the greatest featherweight champions the ring has known.”        — Daniel Attias 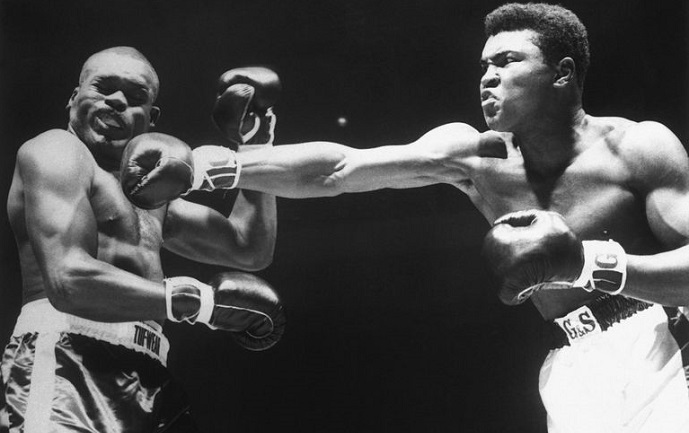 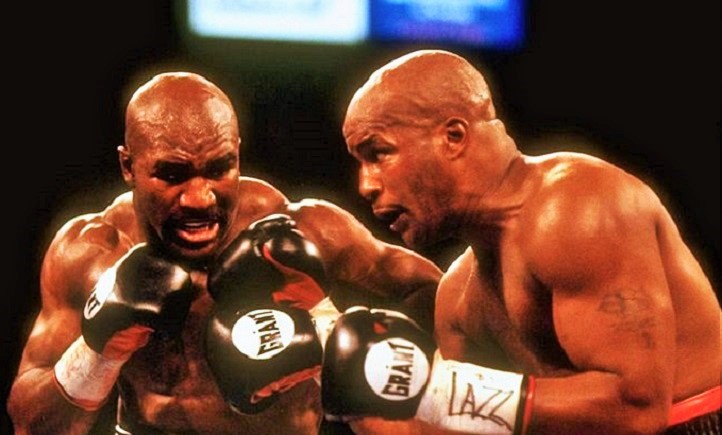 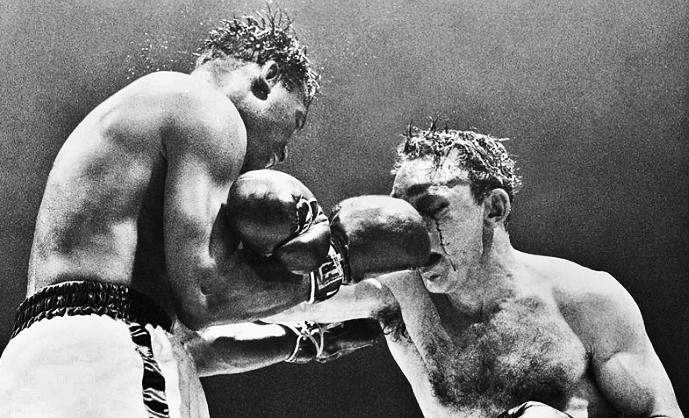