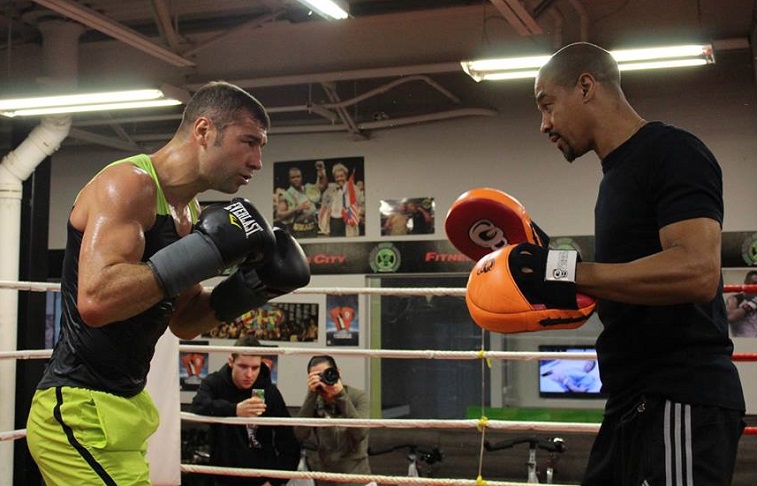 Boxing, it is said, is “the theater of the unexpected,” but this statement naturally applies more to some fights than others. In the case of this Saturday’s clash in Quebec City between former 168 lb. champion Lucian Bute and current titlist James DeGale, there exists a great potential for something surprising taking place.

On the one hand, DeGale is expected by most to win. After all, he is younger, the champion, and on the rise. That said, he has faced few truly formidable opponents. Say what you like about Lucian Bute at this stage of his career, the fact is he represents the most experienced adversary DeGale has ever faced, as well as, considering his 75% knockout ratio, the most powerful.

So a blowout of Bute, which DeGale has been predicting, would have to raise some eyebrows and vault the Olympian to a higher status than he already enjoys. But at the same time, if Bute wins, or even if he just gives DeGale a tough, close battle, this also would qualify as an unexpected outcome.

After all, Bute has looked impressive in only one contest in the past three-and-a-half years, a fourth round TKO of Andrea Di Luisa in August marking his first stoppage win since July of 2011. Up to that point, his violent defeat to Carl Froch appeared to have markedly diminished him and some have since written him off and regard Saturday’s match as a sure win for DeGale. Additionally, it’s difficult to argue that “Chunky” represents a better fighter than anyone Bute has vanquished before.

The degree of potential surprise here depends on one’s regard for the two boxers and specifically, one’s reading of the Bute narrative. But where that’s concerned, the difficulty is there’s precious little to go on. A single match since Bute’s dreadful performance against Jean Pascal back in January of 2014 doesn’t offer much in the way of hard evidence to make a serious assessment. As Di Luisa can’t be considered even a top 20 boxer at 168 lb., the simple fact is the former champion’s chances against an elite opponent of any stripe are, at this point, a mystery.

That said, there are reasons to believe that the version of Bute which will enter the ring on Saturday will be a very different one from that which was steamrolled by Froch and dominated by Pascal. In addition to the fact that Bute has completely changed his training and managerial team, he also looks to the naked eye to be in much better condition than he was for those defeats. 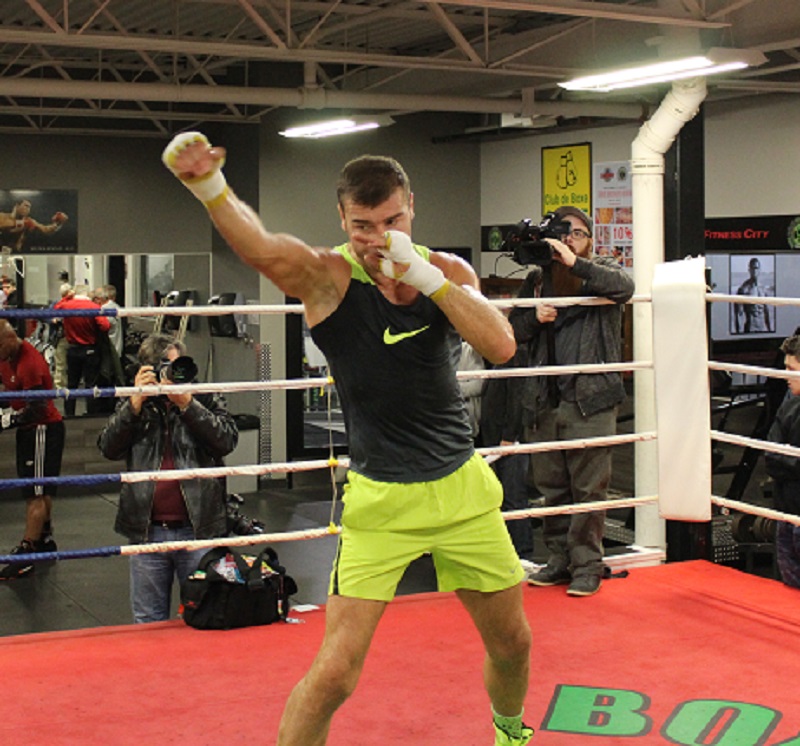 Of course appearances mean little in terms of conditioning for a fight; a boxer can look like a brand new Ferrari in the gym, but in the ring perform like a broken down wreck. But for those who have watched Bute’s workouts at the Grant Brothers Gym in Montreal, no one disputes that the former champion is in superb condition and feeling extremely confident.

One of those with a ringside seat for Bute’s training sessions is our own Manny Montreal, boxing raconteur and cameraman extraordinaire, who was granted regular access to the Grant Brothers Gym and saw firsthand how hard the former champion works. He came away impressed and sees Bute as a definite threat to the younger champion. 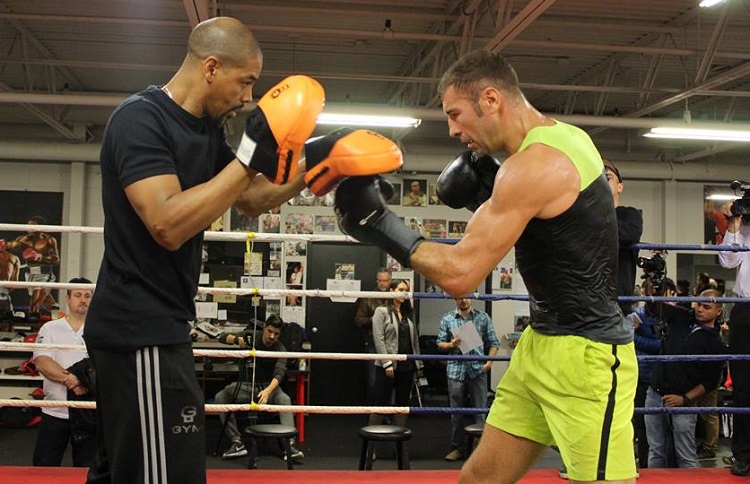 “No one works harder,” reports Manny. “The guy is relentless, like a machine. I’m watching him and I’m like, ‘Don’t you wanna take a break? Maybe a couple minutes to catch your breath?’ Nope. He just keeps going.”

But if drive and stamina are in good supply, some have questioned Bute’s willingness to get mean, to go into the trenches and battle with the kind of intensity absent in recent outings. Manny has seen enough to believe that, for this match, the zeal for combat has returned.

“I’ve watched him spar, seen him do 12 hard rounds with a fresh fighter in the ring every four rounds. And no one’s taking it easy on him. Guys are cracking him with stiff shots and he’s coming right back with the heavy artillery, even after nine or ten rounds. I think he’s in peak shape, feeling great, [and is] ready to rumble.” 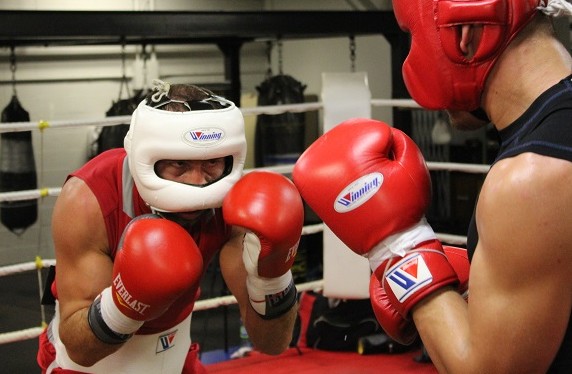 At yesterday’s press conference, DeGale talked about an early knockout. “Gonna be six rounds, but it may be three,” shouted the champion as he held up his title belt. “They think it’s going to be a boxing match, but it will be a destruction. It will be explosive … I’m going to start fast and throw loads of punches.”

Is Bute ready if DeGale lives up to his word and tries to ambush him the way Froch did?

“Honestly, from what I saw, I think Howard [Grant] and Lucian are hoping he does that. That will give him a chance to land a big shot. He’ll be looking to catch him coming in.”

But either way, whether Bute vs DeGale is an “explosive” firefight or a distance match, Manny believes Bute is ready and questions not the challenger’s conditioning, but the champion’s.

“Hey, his nickname is ‘Chunky’ for a reason,” notes Manny. “He puts on weight easy and the way he’s been talking, it’s like he’s looking past Bute. How do we know he’s really in top shape? How do we know he hasn’t had trouble cutting weight? I know my guy is in phenomenal shape, so maybe it’s DeGale who will be getting tired come round nine or ten. If he does, watch out.”

If boxing is “the theater of the unexpected,” it sounds like the only thing that will surprise Manny Montreal is if Lucian Bute doesn’t surprise the boxing world with his best performance in years. Expect the unexpected and tune in Saturday night. 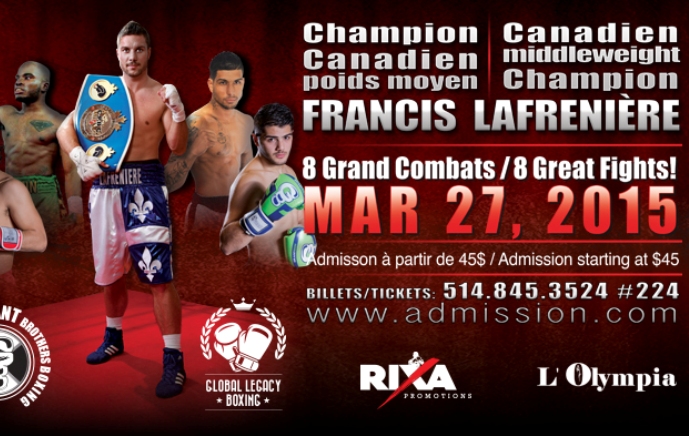 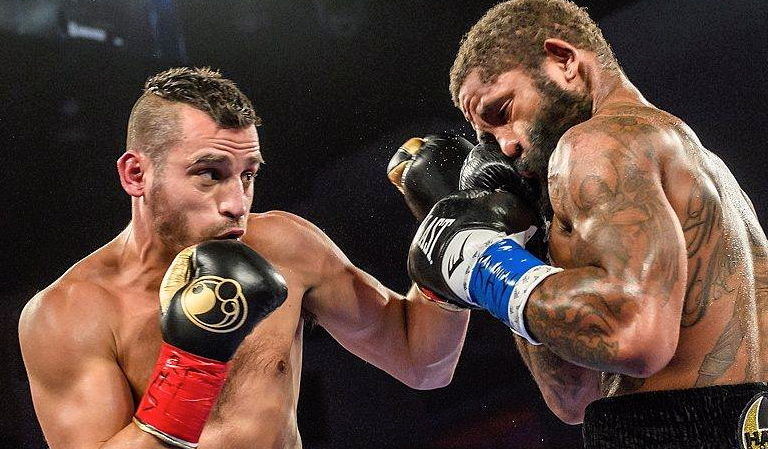 One thought on “Expect The Unexpected”