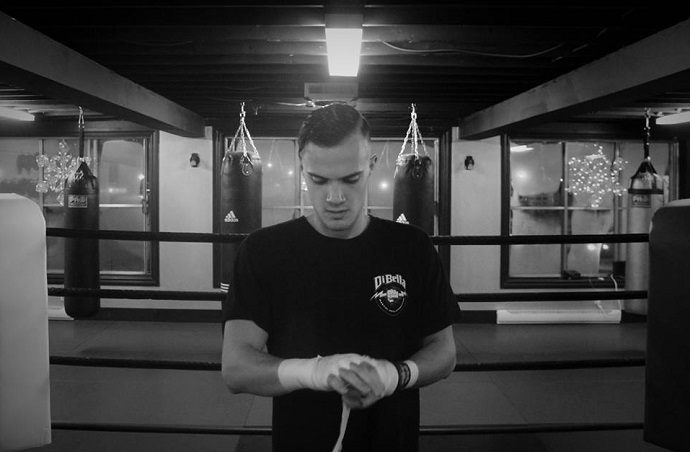 In a city full of young warriors and aspiring champions, Jonathan Di Bella stands out. Having had the privilege of seeing him both compete and train, I can attest to the fact that in terms of speed, timing and precision he is a very special talent. Just 19, Di Bella is undefeated as an amateur, with records of 20-0 in kickboxing and 6-0 as a boxer. Suffice to say, the future looks bright indeed. His professional debut takes place tonight at the Master Theater in Brooklyn where he will face New York’s Dave Weintraub (who replaces an injured Nigel Soreta). Take note, fight fans; this could be the start of something very special.

Our own Manny Montreal has been closely following Di Bella’s preparations and recently interviewed both father and son ahead of tonight’s match. The elder Di Bella is a former successful kickboxer and has been the owner and operator of the Di Bella Kickboxing gym for almost three decades.

Father and son have an exceptionally close and productive relationship, but Angelo is quick to give Jonathan the credit. His son’s natural focus and sense of discipline means he rarely has to push him to train or to make the right choices. No doubt this has much to do with the fact that Jonathan has been training and practising martial arts since he was only two-years-old and can’t remember a time when he didn’t love to fight.

Equally proficient at both boxing and kickboxing, Di Bella has yet to make a final determination as to which sport he will pursue full-time, but at only 19 years of age, he’s got time to make that decision; for tonight at least, it’s kickboxing. Check out the interview and photos and rest assured, we will keep everyone up-to-date on Jonathan’s progress as he begins to make a name for himself in the pros. 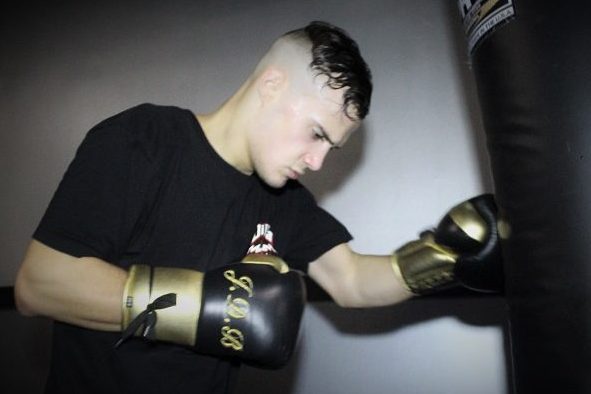 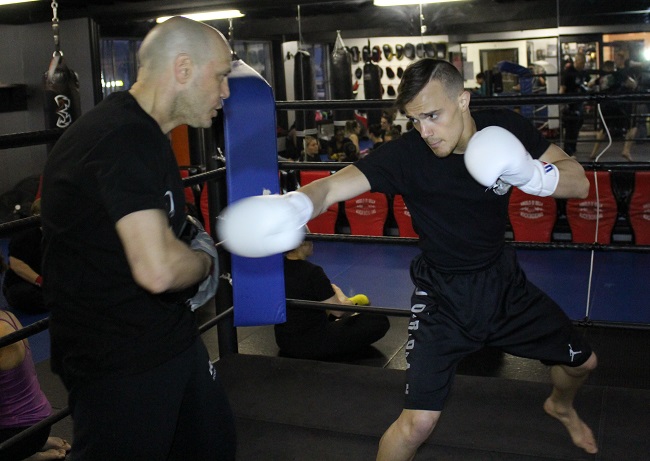 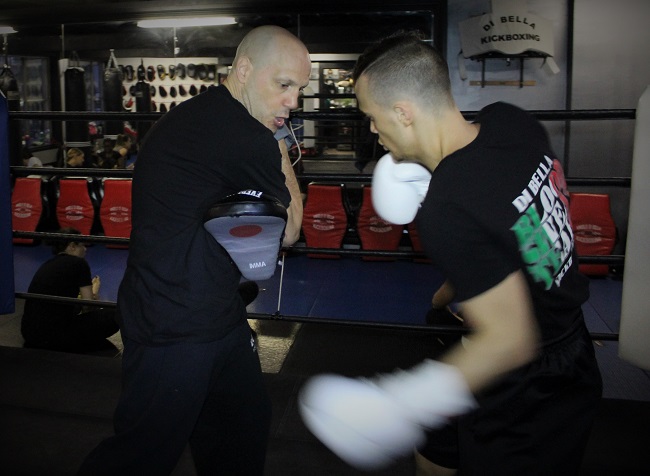 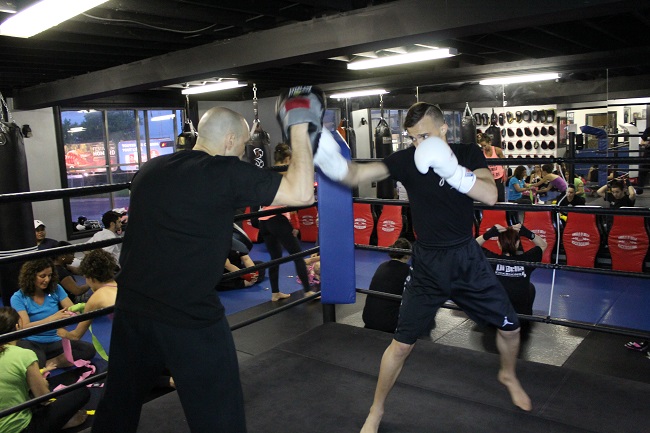 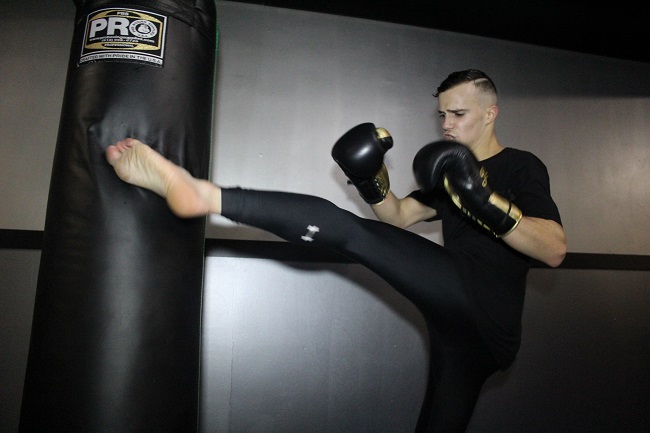 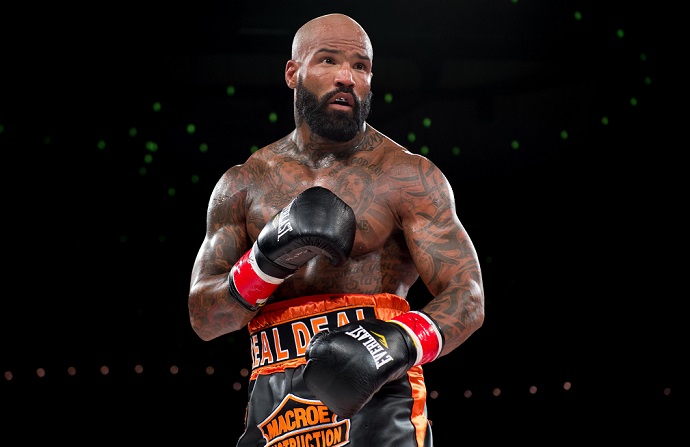 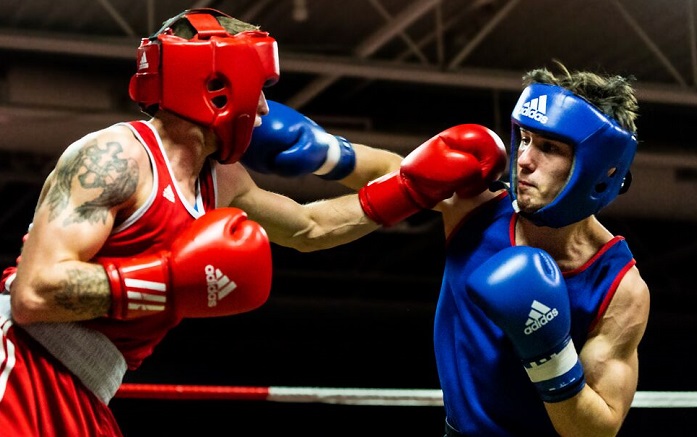 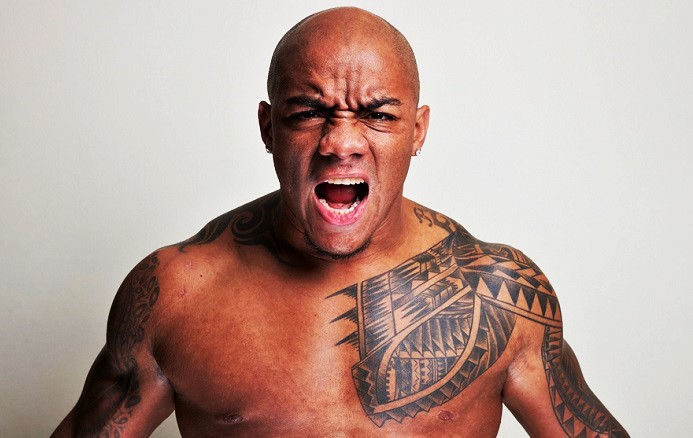