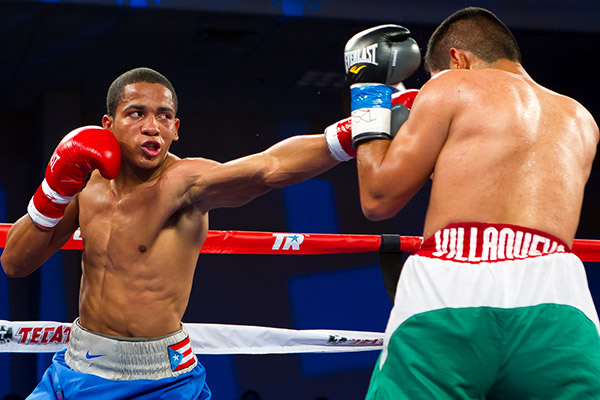 If 21-year-old lightweight prospect Felix Verdejo was not yet on your radar, he just gave you a great reason to start paying attention. His headlining bout of last Saturday’s card in Orlando, Florida–against Mexican journeyman Sergio Villanueva–saw the Puerto Rican youngster land a monstrous counter right-hook on his unfortunate foe, a shot which has quickly become everyone’s favourite candidate for KO of the Year. The spectacular, fight-ending blow arrived in the third round, and provided the undefeated Verdejo with his 15th professional victory–and the 11th by knockout.

While it’s early to say Verdejo has arrived, the tremendous KO shot has created palpable buzz around the Puerto Rican, and it’s a safe bet lots of fans will make sure to tune in for his next fight. Even though his most recent outing lasted less than nine minutes, the young prospect showed some patience and versatility in the contest with Villanueva, as he calmly waited for openings created by the Mexican’s offense to land his own punches, and even switched from an orthodox stance to a southpaw at the beginning of the final stanza. It was this switch to southpaw stance that allowed him to launch the defining shot of the night.

Without further ado, we leave you now to enjoy this eye-catching KO. If you haven’t seen it yet, brace yourself; if you’ve seen it before, you already know it’s worth watching again.