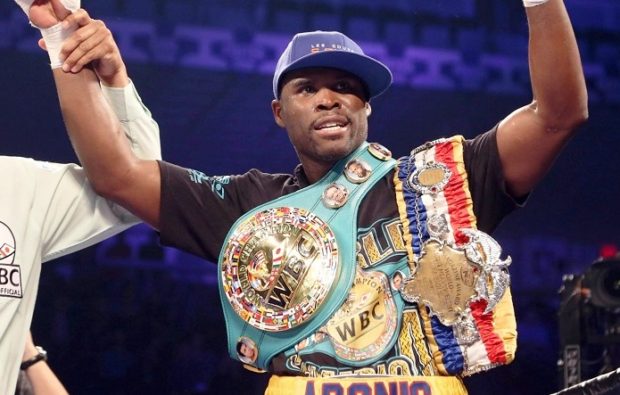 Time again for Manny’s Thoughts! From Manny Montreal! This week, we take a look at the week that was and hand out congratulations to several fighters! Great week of fights, lots to talk about, plus an exquisite display of The Sweet Science from “Bud” Crawford! Manny is heading to Quebec City for PBC on Spike. Time to discuss the event and Quebec’s lack of support for the PBC mantra “Free Boxing For All.” Rixa Promotions & Grant Brothers make some early announcements for their upcoming boxing event in September! Big things ahead for Shakeel Phinn and Erik Bazinyan!

Now it was time for the co-main event with renowned prospect Erik Bazinyan (13-0), taking on replacement opponent Zoltan Sera (24-10) of Hungary. Give Zoltan credit: he’s a fun performer who showed plenty of bravado as he mugged and taunted and flailed about, but this was a fight that had ‘no contest’ written all over it and no doubt both boxers were aware of the fact. Midway through the first round the fighters clinched and the look of sheer contempt on Bazinyan’s face during the pause in the action said it all.

In the second Sera continued to taunt Erik, shrugging his shoulders after taking shots and inviting his opponent to be more aggressive. Bazinyan obliged and scored three knockdowns in quick succession: the first from a left hook to the liver, the second with a right hand to the head, and the finisher was another hook to the liver that left Sera writhing in agony. The best thing that could be said about the blatant mismatch was that at least Bazinyan took care of a no-hope, last second replacement the way a gifted future champion should: quickly and violently.
Rough Trade At The Tohu
By Michael Carbert · On June 19, 2016