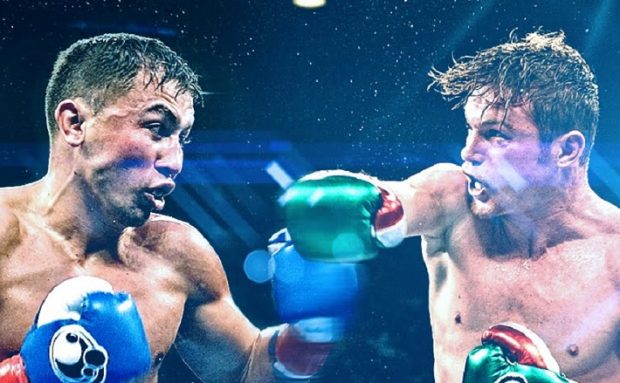 Time for Manny’s Thoughts! From Manny Montreal! Congrats to David Lemieux and Saul “Canelo” Alvarez! Lemieux looks to be back in top form! Great KO shot and great post-fight line from Canelo! All of boxing can’t wait for Canelo vs Golovkin! Let it happen and who knows, maybe we’ll get a trilogy! New cell phone for Manny courtesy of Media DEJ! Manny’s rundown of everything to watch in boxing and MMA this weekend! Check it out:

Thanks to my sponsors: Six Essentials, Monster Gym and Coin Du Metro.

“Credit to Amir Khan. He took on a huge challenge and boxed well for the first four rounds. But starting in round five the man from Bolton began taking some less-than-prudent risks, staying within punching range when he didn’t need to as his vaunted speed slowed just enough for Alvarez to start landing more consistently. Canelo, while being peppered by Khan up to that point, had connected with some heavy artillery to the body and it was clear he held a massive edge in sheer firepower.

“Thus the right hand which ended matters in round six came as no great surprise. It landed flush on Khan’s chin and sent him spiralling to the canvas, his head slamming on the ring floor. He lay on his back, eyes open and glazed over, his chest heaving, as referee Kenny Bayless signalled that Amir was done for the night. As he did so, Canelo strode across the ring to survey his handiwork. It was a memorable image, the destroyer contemplating the destroyed, one which only further whets the appetites of fight fans for a Canelo vs Golovkin showdown, without question one of the very best matches that boxing can presently offer.”