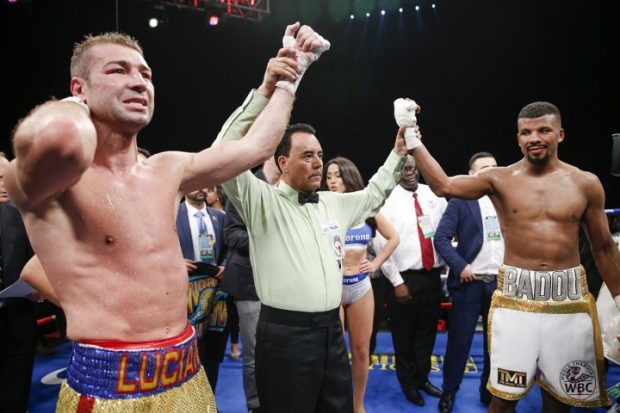 Welcome back to Manny’s Thoughts! Boxing, MMA, thoughts and news from Manny Montreal! Coming to you from the rooftop in Washington, D.C.! Manny reflects on Lucian Bute vs Badou Jack and laments that the Bute he has watched so many times in the gym did not appear stateside! Manny’s heart breaks for Lucian! And for Rogelio Medina, who got robbed in Manny’s eyes! Plus, everything you need to know for what’s happening in boxing and MMA this coming weekend. Check it out:

“DeGale vs Medina was the more competitive of the two bouts as Medina really gave the Britisher all he could handle. It was rough, close battle all the way, but DeGale’s greater natural talent seemed to be the difference, though some thought Medina’s non-stop body attack should have received more credit from the judges.

Badou Jack may have given the best performance of his career as he neutralized southpaw Bute for the first half of the bout, staying away from the former champion’s big left hand and denying him opportunities to load up. Bute came on in the late going, but it appeared to be too little, too late. However, two of the three judges thought highly enough of the challenger’s efforts to score the bout a draw, even though most saw Jack the clear winner.”