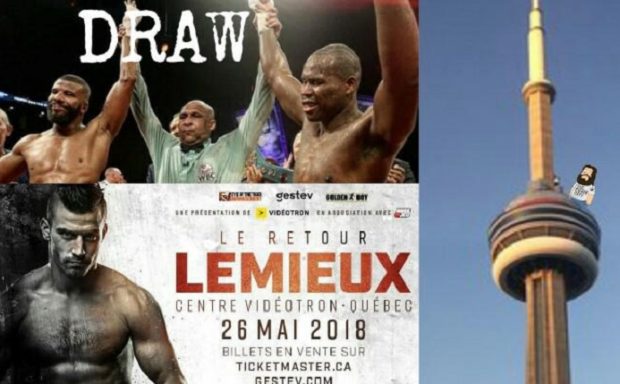 Time again for Manny’s Thoughts! Your weekly briefing on combat sports from Manny Montreal! This week, special two-part video! Because Manny has stuff to say about Stevenson vs Jack! Thanks to an anonymous “Fight Fiend,” Manny was ringside in Toronto! And Manny is forever grateful! Great undercard, put together in less than three weeks! Congrats to Yvon Michel, Lee Baxter and their teams! Congrats to the winners: Zewski! Rivas! Mbilli! Bouchard! And “Vicious” Volny! “Adonis, I told you!” Something fishy with the judges? Crazy fight! Toronto fight crowds are different! But more fans in “Hogtown” for Superman? Overall, great night! Manny’s personal message to Stevenson! Hit Manny up for his notes and advice, Adonis! Check it out:

And now, Part Two! What to watch and when to watch it! Don’t forget to check out Manny’s  Patreon page! Help the man out and become a “Fight Fiend”! Check it out: