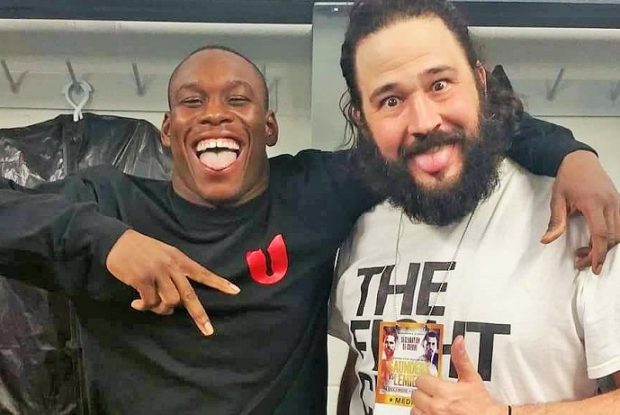 Welcome back to Manny’s Thoughts! From Manny Montreal! Congrats this week to: Brandon Cook! Chad Laprise! John Makdessi! Nordine Taleb! Valerie Letourneau! Check out Manny’s Saunders vs Lemieux “Hangover Video!” Manny’s got the scoops! Erik Bazinyan and Artur Beterbiev headed to Eye Of The Tiger? Adonis Stevenson vs Badou Jack could be happening in February! Is Eleider Alvarez going to get a shot at WBA champ Dmitry Bivol? Manny’s Tip Of The Week: pay attention to the Kazakh Army! They’re a bunch of killers! What to watch this weekend: Phoenix IV! KSW 41! ACB 77! Road FC! Check it out:

“Who is Manny Montreal? Is he a journalist, a videographer, a hanger-on, or a bon vivant? Is he a professional photographer or just another Youtube personality, a glutton for attention, yet another internet diversion? Maybe all of the above, maybe none, but one thing we do know: the man has a deep and abiding love for one of the oldest cities in all of North America, the place they once called “Babylon on the St. Lawrence,” the city where he was born and raised, a city unlike any other. And the man knows his combat sports. He knows Montreal; he knows fighting. And he has a passion for both which few can match.”           From “The Legend Of Manny Montreal” by Robert Portis