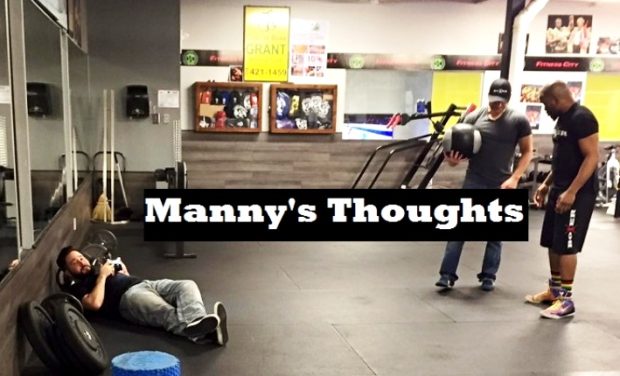 Time again for Manny’s Thoughts! From Manny Montreal! Major announcements coming soon from both Groupe Yvon Michel and Eye Of The Tiger! Major step forward on the horizon for Yves Ulysse Jr.! Adonis Stevenson vs Eleider Alvarez in the works for the near future! Vargas vs Funeka in Toronto! Christian M’Billi on the undercard! Stacked card in Shediac, New Brunswick! Busy weekend! Friday: One Championship MMA! Golden Boy boxing on ESPN! Machado vs Morales! Bellator MMA! Terence Crawford vs Julius Indongo! Nicholas Walters making a quiet comeback! Hooker vs Jackson going down in Dallas, Texas! Ali Akhmedov vs Curtis Hill Jr.! Check it out:

“No doubt public interest, not to mention the money and the stakes, would be higher for a battle with the winner of the upcoming Ward vs Kovalev rematch, but the obstacles to such a bout are numerous. Michel acknowledged last night that a unification fight, given the circumstances, is unlikely at this time. But even if that’s the case, all but the most bitter fight fans would have to admit that Eleider Alvarez testing his skills against the power of Adonis Stevenson is one hell of a consolation prize. “Superman” vs “Storm” on an autumn night in Montreal? Sounds good to us.”       — From “Prelude To A Showdown” by Michael Carbert