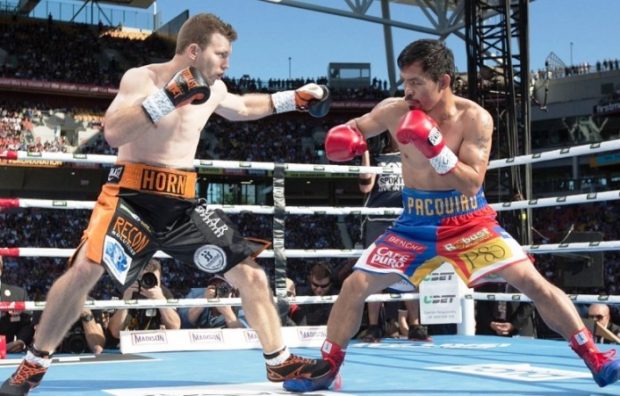 Welcome back to Manny’s Thoughts! From Manny Montreal! This week: Congrats to Mick Conlan! Thanks to Teddy Atlas for telling it like it is! Pacquiao vs Horn: Manny got robbed! “Headbutter” Horn did far better than expected, but no way he deserved the win! Teddy yells too much! On air commentating in bad shape! Time for The Pacman to walk away! What’s going on with Artur Beterbiev? Will he or won’t he on the undercard of Broner vs Garcia? Big UFC weekend coming up! Friday night: Ultimate Fighter Finale! Stacked card! Saturday night: UFC 213! Another stacked card! Lawler vs Cowboy! Romero vs Whittaker! Nunes vs Shevchenko! Check it out:

‘Simply put, it’s time for Manny Pacquiao to retire. His credentials are unimpeachable, and he’ll certainly be missed, but it’s time to start fondly remembering everything Pacquiao gave us as opposed to cringing through increasingly strained performances against fighters he would have iced only a few years ago. Both Pacquiao and Floyd Mayweather Jr. (who in a “kill me now” reality will actually fight Conor McGregor in late August) continue to hold boxing hostage with a Wooderson-esque refusal to leave the same party they’ve been attending for years. It’s past time both moved on and Horn’s win last night makes that conclusion inescapable for even the most ardent fans of “The Pacman.”‘      — From “Controversy Be Damned” by Zachary Alapi