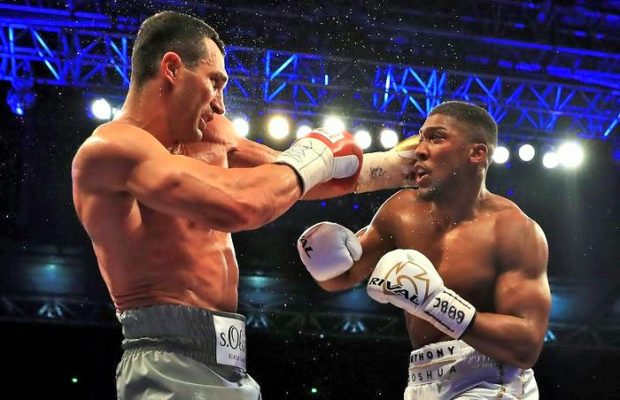 Welcome back to Manny’s Thoughts! From Manny Montreal! Major congrats are in order for Anthony Joshua and Wladimir Klitschko, who contested a classic fight in what turned out to be a perfect evening for boxing! Jacob “Stitch” Duran also deserves serious props for keeping that Klitschko cut under control! Make no mistake, this was about Joshua winning, not Klitschko losing like he did in the Tyson Fury fight! Joshua is the present and future of the heavyweight division, while the hope here is that Klitschko retires with his legacy enhanced! Manny breaks down the competing Showtime and HBO broadcasts, which featured too much pandering from Max Kellerman. Also, congrats are in order for Adam Green on his huge KO win! Canelo Alvarez takes on Julio Cesar Chavez Jr. this Saturday! Huge fight for Mexico, and you can watch it with Manny and local fighters at Coin Du Metro! Check it out:

“Joshua moved in for the kill but his punches lacked accuracy as Wladimir covered up and looked to neutralize the attack. But before Klitschko could establish distance and fully regain his equilibrium, referee David Fields moved in and stopped the fight. In my opinion, Wladimir appeared in full control of himself and deserved the benefit of the doubt. But there were no complaints from the gallant ex-champion; he never has been one to whine or complain. However, in this man’s opinion fight fans were deprived of a possible final round comeback by Klitschko over an exhausted Joshua. Speculation to be sure, but a big ‘what if’ question which Wladimir deserved a chance to answer.

“In the end, boxing has a fresh new face at the top of the heavyweight division, but the real story of the fight was how the man who ruled the big men for a full decade revitalized his career and his legacy with a courageous performance, losing valiantly to a young and devastating force of destruction in a battle that certainly stands as one of the most exciting ever held in the Land Of Hope And Glory.

“Bottom line: Wilder and Fury can wait. The world needs the rematch.”