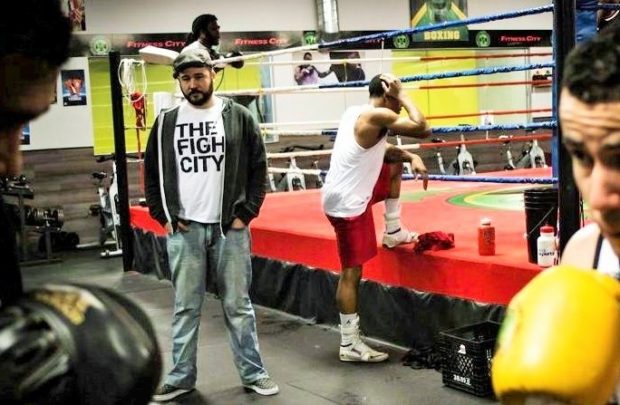 Welcome back to Manny’s Thoughts! From Manny Montreal! Congrats to Shakur Stevenson on his pro debut, and to Mike Perry for that amazing elbow! Murray vs Rosado: low blows! Porter fought himself in the future! Manny wants Showtime Shawn vs Danny Garcia! Adonis pulling a Bane move on Jean Pascal at the Boxe Mayhem presser! Coming up: Toe-to-Toe Tuesdays from PBC! Adam Green fighting for a Canadian belt on Saturday night! PBC on Fox! Joshua vs Klitschko! Check it out:

“In response, Stevenson, to everyone’s surprise, got up from his chair, grabbed the microphone, and walked over to confront Pascal directly. What followed, as all assembled watched with mounting tension, was a discomforting question and answer session which left no doubt as to who was top dog in the room (see video below, complete with English subtitles courtesy of Manny Montreal). The interrogation did in fact answer the reporter’s question as Pascal was forced to admit that he had been offered, more than once, the chance to battle Stevenson but had chosen instead to take more lucrative fights with Sergey Kovalev.

As the condescending line of questioning continued, everyone waited to see if Pascal’s patience might run out, perhaps leading to some fireworks which Stevenson’s huge bodyguards would be called upon to quell, but the former champion stayed calm and the strange scene ended with Adonis planting a kiss on his fellow Haitian-Canadian and declaring, “I love Pascal!” before walking back to his chair as everyone exhaled.”       — From “Behind The Smiles” by Michael Carbert