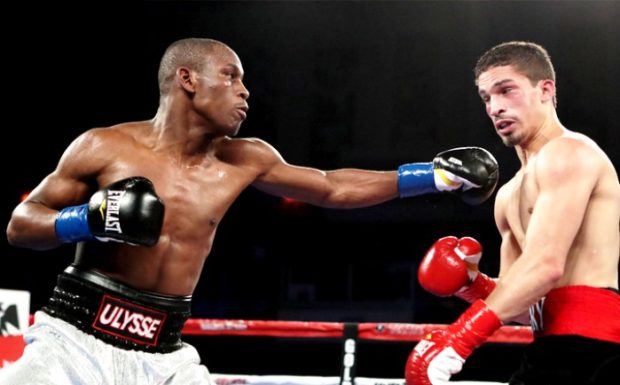 Time again for Manny’s Thoughts! From Manny Montreal! Manny heartbroken because he couldn’t make the trip down to Verona! But so happy for Yves Ulysse Jr. and David Lemieux! Ulysse Jr. with a perfect performance! Amazing! And David Lemieux with a beautiful one punch KO of Curtis Stevens! Congrats also for Claressa Shields, Romero Duno and Niko Valdez! And it slipped Manny’s mind, but congrats also to Ryan Ford! Second stoppage win in less than a month! This week: Toe-to-toe Tuesdays on PBC! Kauffman vs Mansour! UFC in London! Tom Breese is a monster! Plus Golovkin vs Jacobs! Good times for boxing fans!

“Ulysse’s speed and agility advantages were stark, and his body punching was hellacious. His output was also admirable, as he set a brisk pace from the opening round, skillfully firing away with diverse combinations while always boxing with a certain degree of control. But once Ulysse badly hurt Ochoa, it was bombs away. For the last two minutes of round seven, before the fight was stopped between stanzas, Ulysse threw a seemingly inhuman volley of shots, as if he was in a video game and someone was frantically mashing buttons. His combinations seemed to blur into a tornado of power punches, and all a helpless Ochoa could do was sag against the ropes and desperately load up as his excellent chin ironically did him no favours.

“With his victory, Ulysse proved beyond any doubt that he’s a legitimate prospect knocking on the door of contender status. But in terms of television friendliness, Ulysse may have made an even greater statement. There’s a star quality about Ulysse in the way he boxes with both abandon and joy. That rare combination manifests in the way he slips punches, darts in and out to launch assaults, and puts his blistering combinations together, all while mischievously grinning.”     From “David Lemieux And Yves Ulysse Shine: Montreal Invasion On HBO” by Zach Alapi