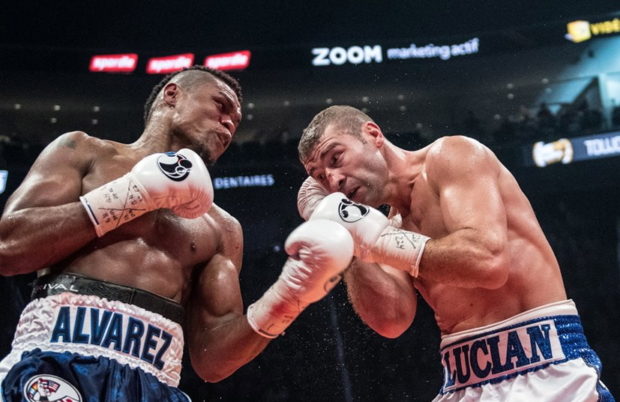 Welcome back to Manny’s Thoughts! From Manny Montreal! Congrats to Eleider Alvarez, who scored a defining win in stopping Lucian Bute in Quebec City! What we need to see now is Adonis Stevenson, slated to likely fight Sean Monaghan in April, finally face “Storm” in Montreal no later than September! Full respect to the great Lucian Bute, a fighter who has made unmatched contributions to boxing in our great city of Montreal! We support him no matter what he does next! Francis Lafreniere does it again and wins an all-action slugfest against a game and rugged opponent! Big fights for him on the horizon! Congrats to Dario Bredicean, Sebastien Bouchard and Adam Braidwood, the charismatic heavyweight who stole the show! Deontay Wilder defended his title against Gerald Washington and now has to fight… Bermane Stiverne?! Let’s hope Bermane is healthy and firing on all cylinders for this one!

Upcoming: UFC 209 featuring Woodley-Thompson and Overeem-Hunt, and, of course, the massive welterweight unification bout between Keith Thurman and Danny Garcia!

I’ll be on Facebook Live on Thursday at 10:30 to further discuss all the latest boxing and MMA happenings — don’t miss it!