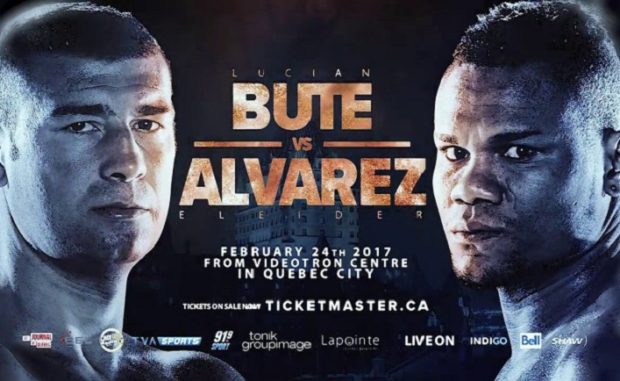 Welcome back to Manny’s Thoughts! From Manny Montreal! Congrats to Ryan Ford as “The Real Deal” roars in Singapore! Qualified congrats to Roy “Don’t Give A Damn” Jones Jr.! Congrats to all the Canuck winners at UFC Fight Night in Halifax! Aiemann Zahabi was Fonzi: ice cold! Bute vs Alvarez fight week is here! Huge crossroads showdown! Major consequences! Manny will be ringside in Quebec City! Also on the card: Francis Lafreniere and Dario Bredicean! Manny’s advice to Bute and Alvarez: pull the trigger!

“Should Bute lose to Alvarez, the case can be made that he simply isn’t a light heavyweight, which may, as Tremblay suggests, lead to him being recycled one more time at 168 pounds, although the division is about to undergo a shift with DeGale and Jack set to unify titles. But if Alvarez loses, what happens to the Stevenson fight? And if Bute were to win, does he stand a remote chance against the murderous-punching “Superman”?

In the final analysis, Lucian Bute vs Eleider Alvarez is a prominent and significant fight, albeit a completely unexpected one. But instead of being a logical eliminator for the right to fight Adonis Stevenson, it’s a contest that in the end might produce more questions than answers. Either way, let’s hope it also produces some serious thrills for fight fans.            From “High Stakes In Quebec City” by Zachary Alapi