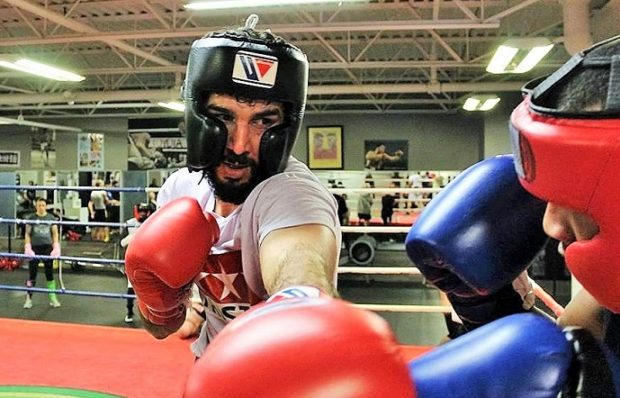 Time for Manny’s Thoughts! From Manny Montreal! Congrats to Artur Beterbiev who is notorious for his punching power! Shakeel Phinn is a believer and now so is Isidro Prieto! Custio Clayton on the undercard of Bute vs Alvarez! Montreal’s Aiemann Zahabi making his UFC debut in February! Ronda Rousey comeback this weekend! Manny doesn’t think she’ll get past Nunes! Also on that card: Tariq Safadine and Alex Garcia, both trained at Tristar. Last but not least: check out Inou vs Kono! Some flyweight fun!

‘Michael Griffin, who had the theatre’s most intimate look at Beterbiev’s work, was impressed. “I don’t know if anybody hits that hard,” said a man who’s been in the ring with Stevenson, Kovalev and Wladimir Klitschko. “Is he going to beat Kovalev? Is he going to beat Andre Ward? I don’t know. But does he belong in the same ring as them? Absolutely. There’s no other level that he could be at. He’s a top five guy in the world.”

Beterbiev will look to unseat these names, but how willing will they be to face him? Not a large draw yet and hugely gifted, he represents the high-risk, low-reward dichotomy that has grounded so many able fighters. The challenge will be for Yvon Michel to raise Beterbiev’s profile and get him fights worthy of his talent. Thus, one of 2017’s most fascinating plots will be whether top opponents have the gall to dive into the deep end, where Beterbiev is calmly treading water.’        From “Drowing In Deep Water” by Eliott McCormick