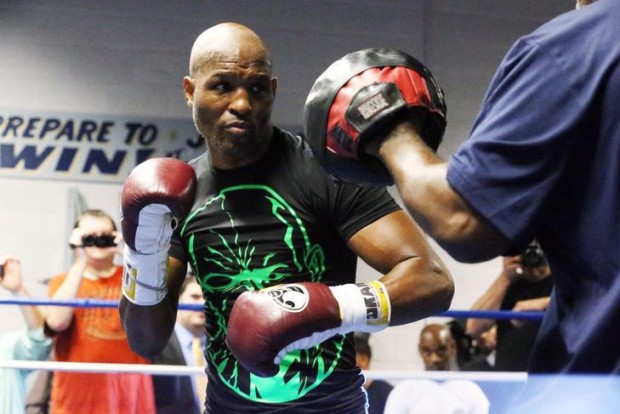 Welcome back to Manny’s Thoughts! Boxing, MMA, thoughts and news from Manny Montreal! Busy weekend in boxing! Congrats to Raymundo Beltran and Jermell Charlo! Great card at the Montreal Casino from Groupe Yvon Michel! Amazing performances from the whole line-up! Shocking one-punch KO from Shakeel Phinn! Manny feeling ambivalent about Bute vs Alvarez! This weekend: BAMMA 27! Bellator from Dublin! Shabranskyy vs Barrera! VanZant vs Waterson! End of an era: Bernard Hopkins says goodbye! Check it out:

“Shadowy and intimidating, the mind of Bernard Hopkins is like a Gothic castle whose cellars and spires store dangerous knowledge that will lead to your demise. It is best to remain outside its walls.

This is true to a degree. As a man and as a boxer, Hopkins’s greatest asset is his brain, and throughout his twenty-eight year career he’s out-thought men outfitted with greater physical gifts. Equally true is the cult of brilliance Hopkins has fostered about himself. His self-aggrandizing, which is consistent and vigorous, is as much a psychological tool as it is a plea for attention. By constantly talking about how smart, experienced, and wise he is, he manufactures the idea he’s omniscient and will inevitably find and exploit your weakness. Opponents who subscribe to this myth are doomed before the opening bell.”         — from “Boxing’s Most Ruthless Baron” by Eliott McCormick