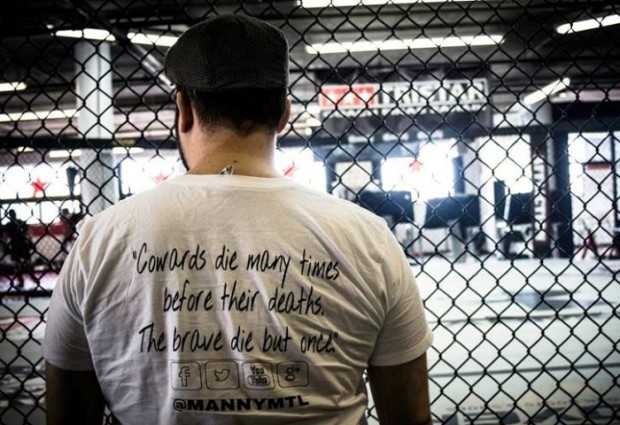 Welcome back to Manny’s Thoughts! From Manny Montreal! Sick as a dog, but still doing his thing! Gotta talk about the major fight cards that went down in Montreal last week! So many fights to recap and so many performances to discuss! No wonder they call this place The Fight City! Steven Butler stole the show! Frank Cotroni got robbed! Ryan Ford is gonna knock out that tough bastard! Boxing reporters need to do their homework! Check it out:

“Who is Manny Montreal? Is he a journalist, a videographer, a hanger-on, or a bon vivant? Is he a professional photographer or just another Youtube personality, a glutton for attention, yet another internet diversion? Maybe all of the above, maybe none, but one thing we do know: the man has a deep and abiding love for one of the oldest cities in all of North America, the place they once called “Babylon on the St. Lawrence,” the city where he was born and raised, a city unlike any other. And the man knows his combat sports. He knows Montreal; he knows fighting. And he has a passion for both which few can match.”      — from “The Legend Of Manny Montreal” by Robert Portis