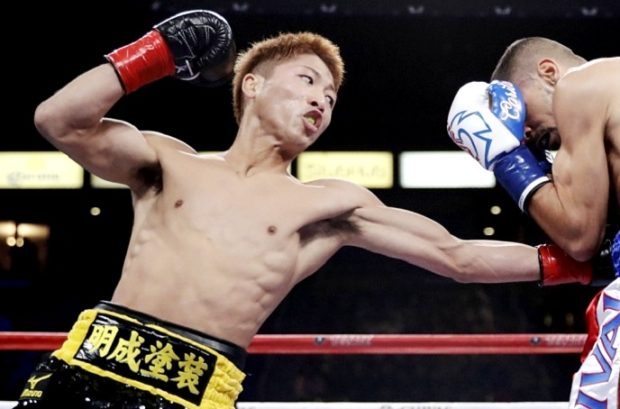 Time again for Manny’s Thoughts! From Manny Montreal! This week: A lot of congratulations to pass around! Concerns about Golden Garcia! Keep an eye on Mohamed Soumaoro! Superfly was awesome! Great fight from Estrada and Cuadras! Manny’s heart broke for “Chocolatito”! Manny high on Monster Inoue! He really is a Monster! Heavyweight Oscar Rivas back in action! Taking on Carl Davis Drumond for the NABO title! This weekend: BAMMA 31! Combate Americas! Huge day of fights on Saturday! UFC Fight Night! Billy Joe Saunders vs Willie Monroe Jr.! Smith vs Skoglund! And, of course, at long last: Canelo vs Golovkin! Anything is possible! A match for the ages! Watch the video and find out Manny’s pick! Check it out:

“Long has Asia been home to some of the best smaller division fighters in the world, even non-Asian fighters. Japan, for instance, has a thriving fight scene that honors warriors of all sizes and nationalities. Gonzalez is no exception, having fought eight times in Japan and bringing Sendai Tanaka into his corner for the Sor Rungvisai rematch. And true to form Japan birthed another star of the small man variety in WBO super flyweight champion Naoya “Monster” Inoue, who crushed Antonio Nieves with ease in last night’s co-main event.”    — From “Night Of The Superfly” by Patrick Connor