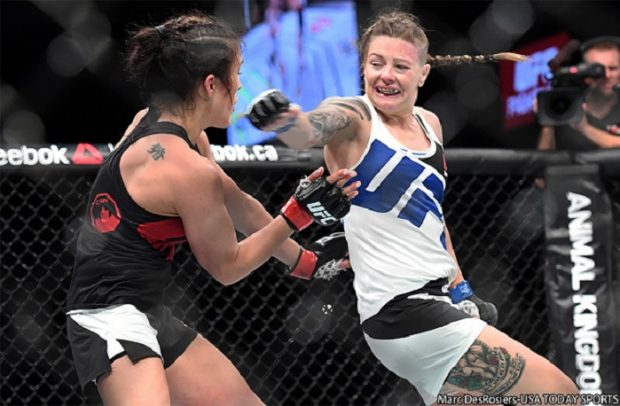 Plus, check out this week’s rundown of fights, what to watch and when to watch it! Thanks to fightnetwork.com

Thanks to my sponsors: devd.ca , Monster Gym and Coin Du Metro.
Twitter: MannyMtl Facebook: Manny Montreal
No copyright infringement intended. All content used in adherence with Fair Use copyright law.

“The third bout of the night featured lightweight prospect Golden Garcia who stayed undefeated with a convincing fifth round TKO over Slovakia’s Csaba Bölcskei. This was a fast-paced action tilt from the opening bell with the aggressive Garcia going after his man and Bölcskei doing his level best to stay competitive though he was clearly outgunned.

The Montreal prospect appeared especially sharp on this night as he employed a relentless body attack while staying defensively responsible, blocking and slipping Bölcskei’s counterpunches with ease. A left hook to the liver put Bölcskei down in the fourth and Garcia immediately pounced with more heavy artillery to the midsection. Bölcskei hit the deck again but the game fighter got to his feet and finished the round before Garcia closed the show with a ferocious attack in the fifth. Left hands to the body produced two more knockdowns before the referee wisely called a halt.”

— From our exclusive report of the Grant Brothers/Rixa June 17 event.