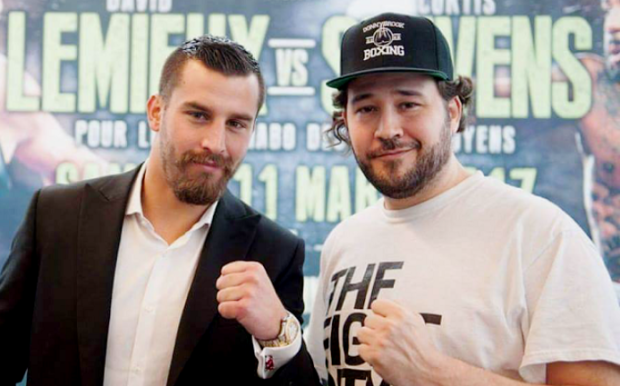 Welcome back to Manny’s Thoughts! From Manny Montreal! Messed up weekend! Congrats to GGG! Unleash Teddy Atlas on bad judges! Is something big on the horizon for David Lemieux? Great fights to watch this weekend! Oscar Valdez! Gilberto Ramirez! Shogun vs Saint Preux! Parker vs Fury! Linares vs Campbell! Dorticos vs Kudryashov! Bellator on Spike! Check it out:

“It is the excitement David Lemieux provides, twinned with the stylish image he cuts, that makes him such an attractive prospect. Oscar De la Hoya, who is promoting the HBO-televised bout, told ESPN that Lemieux “comes at you like a Mack truck. We’re going to do some good things with him. He has a great record, amazing power and is a great looking kid.” The promoter is not wrong about Lemieux’s potential, especially since he’ll have Quebec behind him should he march towards the middleweight title. But to do so he must polish his boxing skills and avoid certain tendencies, such as not squaring up so much which makes him susceptible to counterpunches. Against savvy opponents he cannot count merely on power and relentlessness to win fights.”             From “David Lemieux Leaves Home” by Eliott McCormick