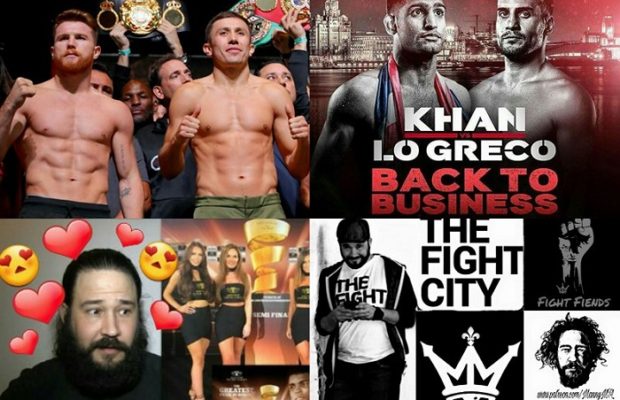 Welcome back to Manny’s Thoughts! From Manny Montreal! Congratulations to Oleksandr Usyk and to the World Boxing Super Series! What a fight! Manny has a question for Adonis Stevenson! Phil Lo Greco lands huge fight vs Amir Khan! Signed and sealed: Golovkin vs Canelo rematch is on! Don’t kid yourself, we know who won the first fight! What to watch this weekend! Friday: Ellis vs Younan on Showtime! Saturday: Gassiev vs Dorticos at The Ice Dome! On the undercard: Gunn Jr. vs Chudinov! Okolie vs Chamberlain! UFC Fight Night! Ramirez vs Ahmed on ESPN! Early Sunday boxing from Japan! Take a look at Manny’s Patreon page!  Check it out:

“It was an intense, fast-paced battle from first bell to last, with both men turning in superlative performances, demonstrating impressive stamina, conditioning and durability. Many, if not most, of the rounds were razor close and difficult to call as there was virtually no clinching or wrestling and both men maintained a relentless pace. Usyk appeared the more aggressive and busier of the two overall, while Briedis countered effectively, was more economical and often landed the more telling blows. Both fighters mixed up their punches well to both body and head and for long stretches neither had a decided edge.”   From “Fight Report: Usyk vs Briedis” by Neil Crane