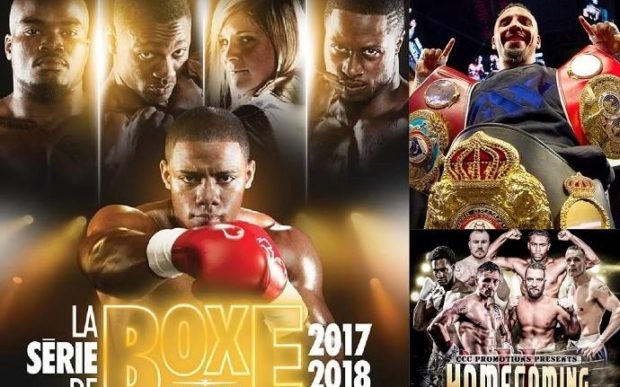 Welcome back to Manny’s Thoughts! From Manny Montreal! Congrats to Adam Braidwood, Mick Conlan, and Yunier “Doctor KO” Dorticos! Also, congrats to both Linares and Campbell! Great fight! How about a rematch? Crazy days in the light heavyweight division! Andre Ward retires! Smart move! Bunch of belts are vacant! Artur Beterbiev could be fighting for a world title in November! Stevenson vs Alvarez is definitely on! Another big Montreal Casino show! Oscar Rivas in the main event! Shakeel Phinn and Dario Bredicean also on the card! Lots to watch on Saturday! Check it out: Yigit vs Martin! Butler vs Hall! Crowley vs Holmes in Peterborough, Ontario! Tom Vautour on the undercard! Briedis vs Perez! Glory 45! Manny needs your help! Check it out:

“But on Saturday Andre Ward showed more of his soul than he could in any television interview, and the desperation with which he fights is more endearing than any forced repartee with Max Kellerman. He possesses the truest form of toughness, because maiming those you’re supposed to, as Kovalev had done before meeting ‘S.O.G.’, is more exhibition than competition, and never forces the victor to ask himself what he’ll endure to win. Far more difficult is excelling in circumstances in which making the effort isn’t much fun. While the perception of Kovalev had been one of indomitability, Ward turned reality into an instrument of his will and made clear this perception was false.”       –From “The Appealing Ruthlessness Of Andre Ward” by Eliott McCormick