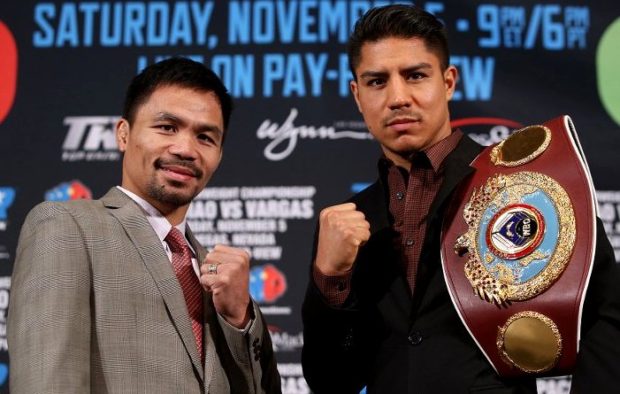 Welcome back to Manny’s Thoughts! From Manny Montreal! Manny can’t give congratulations to Ryan Ford! The Real Deal too scary for his own good! Manny hoping to get to Philadelphia to see Sammy Vargas battle Danny Garcia, plus one of the hardest working men in boxing, Jo Jo Dan, will finally be back in action! Plus Douglas vs Fortuna! Go Sammy Vargas! What to watch this weekend: TKO MMA 36! Bellator 163 on Spike! Glory 35! UFC Fight Night 98! Pacquiao vs Vargas! Watch the Pacman while you can, folks!

“The truth is the Pacman was never able to shake off Bob Arum’s grip—even, for instance, when he seemed most convinced of the need to face Mayweather in one of the biggest fights that never was. A decent performance against Ríos would prove Manny has enough left in the tank to give the most talented welterweights a run for their money. Whether he chooses to pursue glory one more time or whether he prefers to be carried around from town to town as a sort of circus attraction should ultimately depend on him. The best we can hope for, in the end, is that the great Filipino ends his career on his own terms and to his personal convenience, not blindly following someone else’s personal agenda.”      From “Manny Pacquiao: The Latter Days” by Rafael Garcia