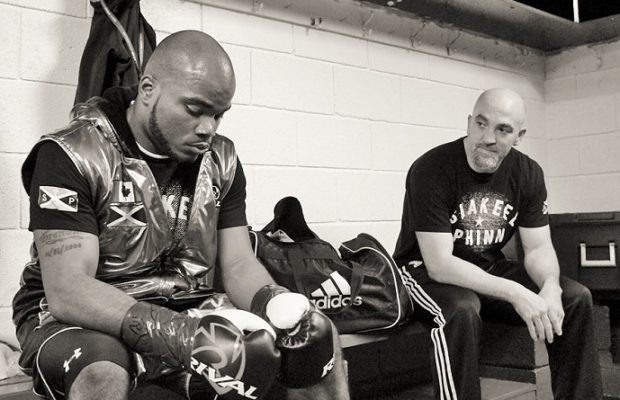 Welcome to episode Number 100! Big road trip to New Brunswick to see Shakeel Phinn get the victory! 10-1! Thank you New Brunswick and L-Jack Promotions! Two weigh ins, Two big fight cards, one week and one happy fight fan! I breakdown what will be a hectic boxing schedule even for this maniac! Check out the video!

It would be overstating things to say that a boxer with only six pro fights had found his form and honed his technique, but one close observer is of the opinion that Shak’s ring style was in fact defined during this hectic period. When it comes to Shakeel Phinn,Manny Montreal is a devotee, and he’s watched the fighter’s development closely.

“I think he’s benefited from staying active,” says Manny. “He’s really progressed and his style has changed. He’s aggressive, but he’s not a brawler. He takes his time, uses his jab, cuts angles well, and just applies steady pressure. He’s a thinking fighter who picks his spots and looks to break you down. He’s got good power in both hands, goes to the body well, and he’s very patient. Good left hook; great right hand. And he’s developing a very dangerous uppercut.”              From “A Fighter’s Life” by Michael Carbert