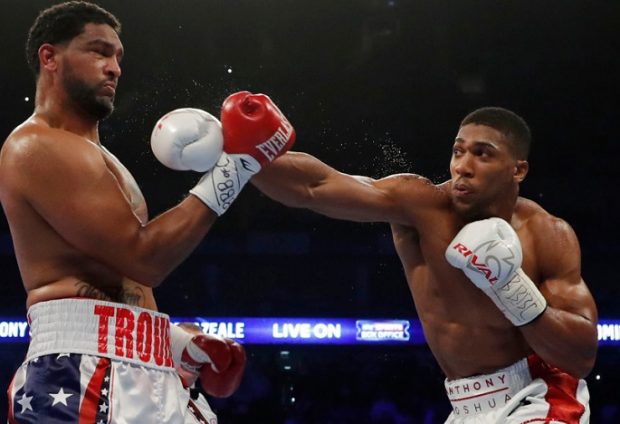 Also check this out Fight Fans, get your DVR’s ready and figure out your plans:
What To Watch and When To Watch It!

David Benavidez vs Francy Ntetu: No one was talking much about this match, but Ntetu and Benavidez gave fight fans an excellent tilt with plenty of back-and-forth action, that is until the referee pulled off one of the most inexplicable stoppages I’ve ever seen. In round seven Benavidez landed a right hand, the two fighters clinched and referee Shada Murdaugh appeared to be separating the boxers when in fact he stopped the action and awarded the match to Benavidez. No one could understand why he did what he did and to my mind an immediate rematch is in order. This was a competitive fight and it is completely unfair for Ntetu to take a defeat under these circumstances. I still have no idea what Murdaugh was thinking and as far as I know, no one else does either. Maybe he had a plane to catch?      –from The Weekend That Was