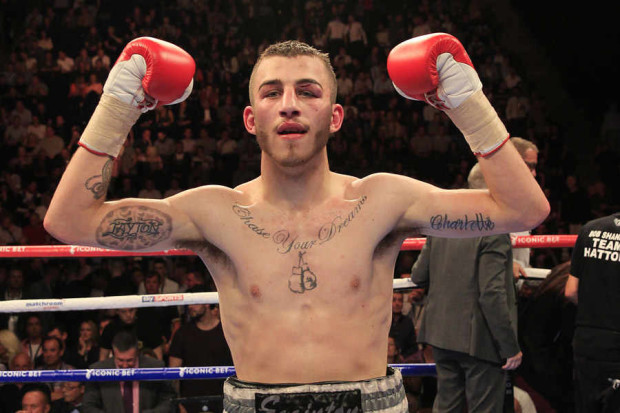 Birmingham’s Sam Eggington dominated unbeaten prospect Shayne Singleton  on Saturday night in Hull, taking the WBC Silver International belt in the process. Eggington’s power overwhelmed the Lancastrian, who was facing his toughest opponent to date and a serious test. Needless to say, he didn’t pass it.

Singleton’s boxing talent was evident in the first round, but was then abruptly halted in the second when a left hook sent him to the canvas for the first time in his career. Eggington used his power advantage to seal the victory in the fifth when he floored Singleton twice more.

This match was deemed the fight of the night, and with plenty of spirited action it probably was. Tune-up matches for Bradley Saunders, Luke Campbell and Tommy Coyle all went swimmingly, apart from the last hitting the canvas in the second round of his bout against Martin Gethin.

For Eggington and Singleton, the belt was irrelevant in light of succeeding opportunities. In his twenty victories, Singleton’s toughest opposition had been Curtis Woodhouse, who many in fact considered to be the victor of their 2013 bout.

A win over Eggington would have been redemption for the Woodhouse “victory” that has burdened his record for the past two years. Following that match, everyone knew who Woodhouse was as a result of the scoring outrage, and the boxing world raised his arm despite the judges’ verdict. Then the #JimmyBrownPants saga commenced, and he was a national hero getting cosy on ITV Daybreak’s sofa. Singleton moved on to the welterweight division.

After this defeat, where does Singleton go from here? The Woodhouse bout left Shayne the Pain with a case of Timothy Bradley syndrome: when a controversial victory harms a fighter’s credentials more than a defeat ever could and the fighter is forced onto the back foot against the ferocity of social media, whose onslaught hits harder than GGG.

It may have to be back to dueling with journeymen for the time being, as the Lancashire lad is only 25 and hungry for success. Denton Vassell could be a worthy opponent due to his recent loss to Viktor Plotnykov and the fact that they now share a mutual conqueror. There is no doubt Eggington is an exceptional talent and the superior fighter of the two, but the manner of defeat leaves Shayne in a difficult position. If he fights journeymen, no one will care. If he fights tough opposition, he may lose and tumble into the oblivion of boxing nothingness. It’s a tightrope his team must carefully cross.

All credit must go to Eggington for stepping up on the night, proving his prospective status. He has now teed himself up for a big fight on the Frankie Gavin undercard in May. Now it is just a case of staying on the ladder and taking each step cautiously as he is still only 21. For Singleton, nothing short of a laborious task lies ahead.                       — Sherif Dhaimish